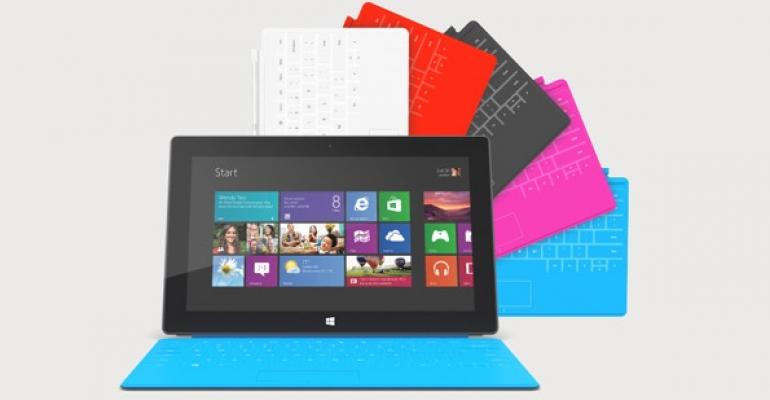 Nice updates to both Surface devices

Once again, Microsoft has provided important firmware updates for its Surface tablets in tandem with its monthly Patch Tuesday updates. This month’s updates include the promised Type and Touch Cover updates on Surface RT and a camera update that improves low-light use on Surface Pro.

Here’s what’s been added in this month’s updates.

Surface Home button. Microsoft has provided a driver update that improves the reliability of the devices so that they always wake up immediately on the first button press.

LifeCam. A new driver for the built-in cameras enhances clarity in low light situations and improves reliability when switching between the integrated camera and an external camera.