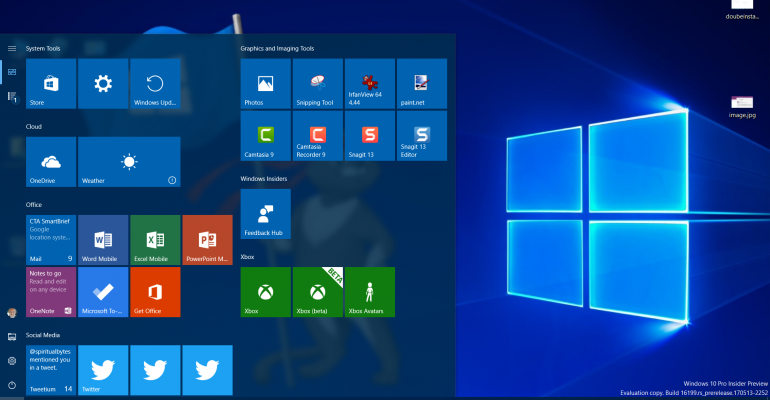 It has been a month since Microsoft's John Cable, the Director of Program Management for Windows Servicing and Delivery, updated us on the rollout for the Windows 10 Creators Update.

The Creators Update, Microsoft's third major feature update to Windows 10, began the push out to end users of the Windows 10 Anniversary Update on 11 April 2017. A few weeks later we learned from Microsoft that there are over 500 million monthly active users on Windows 10 and it is likely a vast majority of them would be looking for this update.

However, after the snag Microsoft experienced last fall with some very public failures of system upgrades and hardware compatibility for the Anniversary Update, they are taken a decidedly slower approach to this rollout to avoid similar situations with the Creators Update.

Well today Cable is back on the official Windows Blog to provide an update on the Creators Update migration for users and it appears things are going well.

You might recall that the list of eligible devices for the Windows 10 Creators Update for mobile phones shrank significantly as Microsoft prepared to push this update to users. In the end only 13 handsets are going to officially receive the Creators Update.

I have read various reports that both unlocked and some carrier locked devices have begun to see this update over the last couple of weeks. My test Microsoft Lumia 640 is still not seeing the update so it seems there are still batches of devices not able to yet upgrade.

The other big request Cable makes is that if you have received the Creators Update and are having any issues at all to report them through the Feedback Hub in Windows 10. Your issue may be common among a certain collection of devices, both PC and Mobile, and may help someone else avoid a problem.