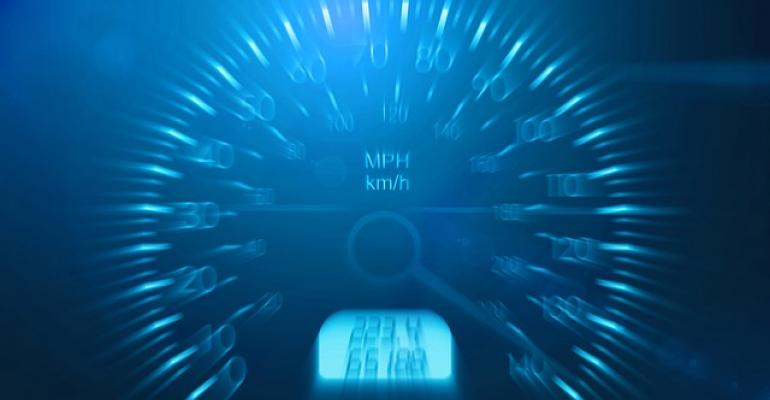 Microsoft prepares to crank up the Windows Insider build speed

It may not be called Ludicrous Speed but the Fast Ring for Windows Insiders is about to kick it up a notch according to the Ring Master himself Gabe Aul.

It is a subject that has been discussed endlessly as excited Windows Insiders wait for the next build of Windows 10.

As of today it has now been 49 days but unfortunately, that number will roll over to at least 50 because Gabe has confirmed on Twitter that there will not be a new build today:

No new build today, but we will be posting an announcement in Insider Hub. suggesting people who want lower risk to move to Slow.

The lower risk he mentions in that tweet is in reference to a couple of earlier tweets about the speed of the Fast Ring and how Microsoft has underutilized it:

Now, there is hope that daily count towards a new build for Windows Insiders could end very soon because in one last tweet Gabe shared some good news concerning a recent build they are looking at:

@GabeAul We have a good build candidate with some new features I think you'll like. Running through our internal rings now.

Now the big question will be just how fast that build will work its way through their internal rings but optimistically it could mean a new build before the weekend.

Are you ready? If you are great but you should also be aware that an increase in the build release pace to the Fast Ring may also mean less stable builds so only test on a secondary system or in a virtual machine setup.

I wrote about this very fine line between testing early versions of operating systems and accepting the risk over at WindowsObserver.com last summer.

You may recall that a Windows Phone 8.1 Preview Update messed something up on some phones with BitLocker enabled. That resulted in them being unable to update their phones to the final version of Windows Phone 8.1 until Microsoft remedied the issue which, by the way, they were working on.  Another option offered was to restore Windows Phone 8 using the Nokia Software Recovery tool and then upgrade from that clean install.

The noise across Twitter was unreal as people complained that Microsoft had left them stuck with a broken build and unable to upgrade to the final release.

That is why I wrote that story and pointed out that in the fine print the risks are spelled out and in order to participate in a program like that or Windows Insiders you had to accept those terms - whether you took note of them or not.

Bottom line - listen closely when the folks at Microsoft set expecations and tell you about the precautions you should take in testing the Windows 10 Technical preview.