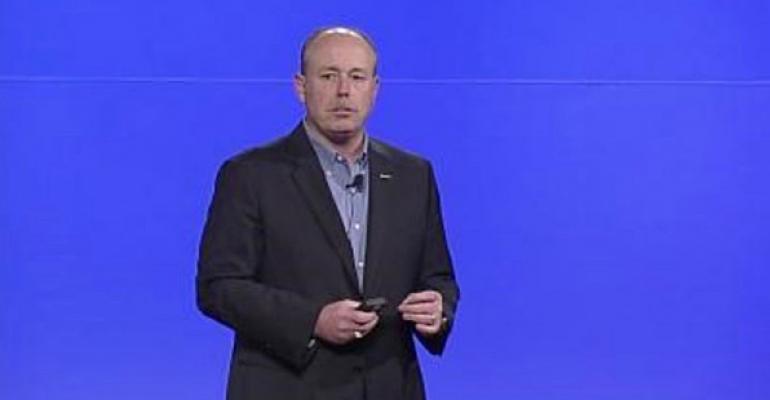 No details until early 2015

In an appearance late last week at the Credit Suisse Technology Conference, Microsoft Chief Operating Officer Kevin Turner offered up a number of interesting tidbits about how the firm's ongoing evolution will likewise include major changes to how it makes money. And with a major new version of Windows shipping next year, Turner hinted at a new pricing model.

This topic cuts to the heart of an issue that's been troubling me for some time: As much as I support Microsoft's "mobile first, cloud first" strategy—in which the software giant supports non-Microsoft mobile platforms commensurately with their success in the market—it's never been clear to me how it can replicate the success of its previous blockbuster software franchises.

That is, over decades, Microsoft has earned billions of dollars licensing successful software platforms like Windows, Windows Server and Office to hardware makers and enterprises. But how can it shift to a pricing model based subscription services and still earn the same heady revenues?

My worry is that it cannot, and that some products—like Windows Server and Office—lend themselves well to subscriptions, while others, like Windows (client) do not. This is especially true in a world in which Windows—long the dominant personal computing client—has been surpassed by Android and could soon be surpassed by iOS.

We've already seen the first major changes here. Windows (including Windows Phone) is now free to PC makers for use in devices with 9-inch or smaller screens. And Windows is now much less expensive than it was previously for devices that cost $250 or less. Put simply, Microsoft is making a volume play, which makes sense given its history. But this move will still cut into what has historically been stellar Windows revenues.

Mr. Turner talked about these changes, and said that "the old-world business model" was "the past," and that the company had to change to adapt to the times.

"The beautiful thing about the old business model was that we got paid 100 percent of it upfront as a customer bought our software, and we got paid regardless of whether they used it or not," he said. "This was our past. If you look at our future, it's really about becoming a Cloud OS, a devices operating system, having first party hardware to light up those experiences, and really being the company that can uniquely provide for dual-users this idea of digital work and digital life experiences.  And doing all of that really helps transform our company from a PC OS, an Office Productivity Suite and Windows Server company to really being a productivity and platform company as the world has evolved into mobile-first and cloud-first."

Turner said that "zero dollar" Windows licensing has been a success. The firm saw "36 design wins"—i.e. new Windows device announcements—immediately upon announcing the licensing change, and the appearance of $100 tablets and $200 laptops into the market this holiday season. I wrote about the success of this strategy recently in Power to the People: Low-End Tablets and PCs Reinvented the Personal Computing Market in 2014. But what both Mr. Turner and I have ignored (so far) is the ugly truth that this success hasn't made its way over to Windows Phone, at least not yet. That's a topic for a different day.

Turner acknowledged something I've been talking about for a while: Windows isn't even Microsoft's biggest business anymore and in fact hasn't been in a while. Indeed, it's not even number two. "Windows is now the third biggest entity within our company behind the Office franchise and our enterprise franchise," he said.

He discussed—badly, and incorrectly—the Windows 10 timeline, as I described previously in Microsoft Details Schedule for Windows 10. And he discussed the artificial distinction of Windows 10 being different from previous releases because the same OS and kernel will be used across embedded/Internet of Things, smart phones and tablets (interesting that they are commingled), laptop and desktop PCs, and Xbox. (This isn't really any different than the previous situation, but is rather an obvious evolution.) And he summarized the goal for Windows 10 nicely with this:

"The promise that we're delivering on in Windows 10 is one experience on every device for everything in your life," he said. Which, by the way, is much closer to the truth than "one OS/one kernel across all your devices" when you think about it.

Mr. Turner addressed money in a couple of ways. He discussed "a really healthy renewed sense of financial rigor and discipline, particularly around areas that we may have invested in in the past that didn't make money," and one of the side benefits of this change is the rapid release of so many small utilities this year that bear some kind of Microsoft Research stamp. And he said that Microsoft was much more aggressive about requiring businesses plans to include a move to quick profitability.

But he was finally asked about Windows pricing, and whether Windows was now a "loss leader" thanks to that "zero dollar" pricing.

"We haven't announced the Windows 10 pricing framework yet," Turner responded. "The one thing I can tell you that we've not had any conversations on is Windows 10 being a loss leader for us."

He was pressed further: Will Microsoft simply lose money on Windows going forward?

"We've got to monetize it differently," he said. "And there are services involved. There are additional opportunities for us to bring additional services to the product and do it in a creative way. And through the course of the summer and spring we'll be announcing what that business model looks like. At the same time it's wonderful to see these 9-inch and below devices explode, because that was an area, candidly, I was blocked out and I had no share of what was getting built.  So it's a very fascinating transition for us."

"And finding new ways to monetize the lifetime of that customer on those devices, again, I would tell you we're learning, we're growing, and we're smarter and wiser every day," he continued. "And we still have some more learning and growing to do in that space. But stay tuned. The business model stuff will be out probably in the early part of 2015."

Obviously, we're going to need to wait to see what Microsoft does with regards to Windows pricing. I can say this: It can't go back. It should make Windows 10 a no-brainer for upgraders, and I think that means it's free for anyone wishing to take a Windows 7/8.x or Windows Phone 8.x device to Windows 10. I think it means "zero dollar" or "very little dollar" licensing to PC makers regardless of price point. And I think it means that Microsoft needs to walk away from direct Windows revenues forever and simply accept that for this platform to succeed in the future, it needs to be made available for the same price—i.e. free—as is its competitors. I get why Microsoft doesn't want to use the term "loss leader," but maybe this is just part of the transition. It will get there.