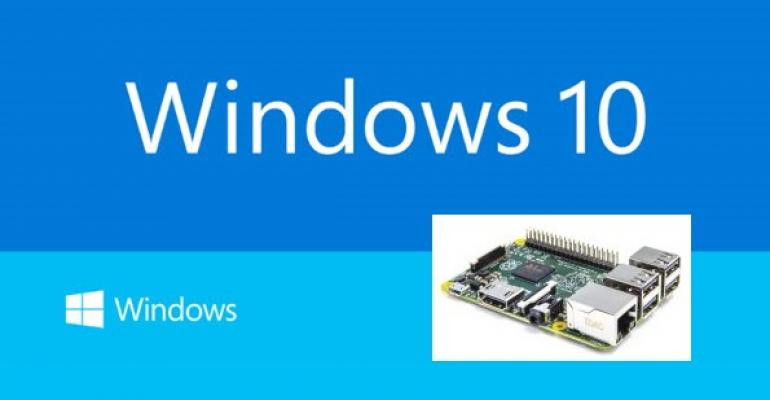 Microsoft confirms Raspberry Pi 2 will get Windows 10 for free

Well at least some ARM based devices besides phones will get the full Windows 10 treatment as Microsoft formally announces they will provide a free version of the upcoming OS to makers using the Raspberry Pi 2 board that has just been announced by the Raspberry Pi Foundation.

In a blog post on the Building Apps for Windows site, Kevin Dallas Microsoft's General Manager for the Windows IoT Group revealed that they will support this newest device in the Raspberry Pi line of hardware for the Interrnet of Things.

We see the Maker community as an amazing source of innovation for smart, connected devices that represent the very foundation of the next wave of computing, and we’re excited to be a part of this community. Last year we took an important step in embracing the Maker movement by creating the Windows Developer Program for IoT and delivering Windows for the Intel Galileo board. We are taking the next step by bringing Microsoft’s leading development tools, services, and ecosystem to the Raspberry Pi community for free through our Windows Developer Program for IoT.

The new board from Raspberry Pi has some very powerful specs and is a definite upgrade from the B+ model:

More information about Microsoft, Windows 10 and the Internet of Things is available at WindowsOnDevices.com.