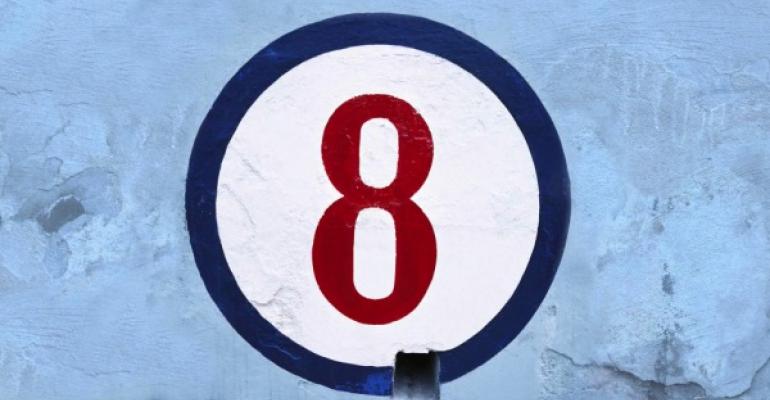 Maybe They Should Just Call It Windows 7.8

Windows 8.1 is bringing back some familiar parts of Windows 7

With news emerging that Microsoft will be bringing the Start button back to Windows 8 in the “Blue” update and allowing users to boot directly to the desktop, one has to wonder whether there’s any real strategy occurring in Redmond anymore. If the goal is to make Windows 8 more like Windows 7, maybe they should forget the name Windows 8.1 and just call it Windows 7.8.

Mary Jo Foley has reported on Microsoft’s plans to bring back the Start button and allow customers to boot directly to the desktop in Windows 8.1 And I’ve separately confirmed that this is really happening, with the Start button, in particular, driven by upper management, which overruled objections from the Windows team. And while there are certainly questions about these decisions, I think we should narrow the discussion to the core concerns: Why now? And why didn’t Microsoft simply design Windows 8 this way from the beginning?

Windows 8 is notable for many reasons, but one of the more astonishing aspects of that release, given Microsoft’s history, is that it drove aggressive, mobile-oriented UI changes into Windows without providing ways—even hidden ways—to return to the previous interfaces.

For example, when Windows 95 shipped with the then-new Explorer user interface, customers who pined for the previous Program Manager interface could reconfigure it for that by editing an INI file. And when Microsoft radically changed the Start menu in Windows XP, it allowed customers to return to what it called the “classic Start menu” so that the system more closely resembled its predecessor, Windows 2000.

But Windows 8 offers none of these customer-centric niceties. A pop-up Start tip replaces the Start button, a full-screen Start screen replaces the Start menu, and the PC now boots into the mobile “Metro” environment instead of the desktop, even on traditional computers. And in each case, there is no way to configure the system to go back to the previous interface. This is a first for Microsoft and Windows, and as I reported last summer, the firm even went to the drastic step of removing legacy Start menu code from the internals of Windows to ensure that third party developers wouldn’t be able to do so either. (Developers have instead been forced to recreate these interfaces manually instead, a process that is more time- and resource-intensive.)

Was that a good decision? No, absolutely not. On the one hand, I salute Microsoft for finally acting decisively and pushing forward with a new way of doing things without watering it down, as they’d always done, with backwards-looking alternatives. But on the other hand, doing so is deeply antagonistic to customers, in particular the bread-and-butter corporate customers that will not be buying new-age tablets and hybrid PCs anytime soon regardless. They have completely alienated too many of their own customers.

One might theorize that this wrong-headed decisiveness is what led to Steve Sinofsky’s departure from Microsoft, and that the current edict to fix things from on high is something that could never have happened with him still in charge. But that doesn’t matter. What matters is that Microsoft, is belatedly, is finally listening to feedback from its customers and changing the product as a result. That is, by far, the most alarming thing that didn’t happen—Windows division protestations to the contrary notwithstanding—during the Sinofsky regime.

Put simply, Microsoft should have designed Windows 8 this way from the beginning, and didn’t because the Windows division was given too much free reign after its Windows 7 successes. And it’s doing it now because the leadership that triggered six years of ignoring customer wishes is no longer there. As a result, Windows 8.1 will more closely resemble Windows 7 than the original Windows 8 version.

Maybe they should just call it Windows 7.8.