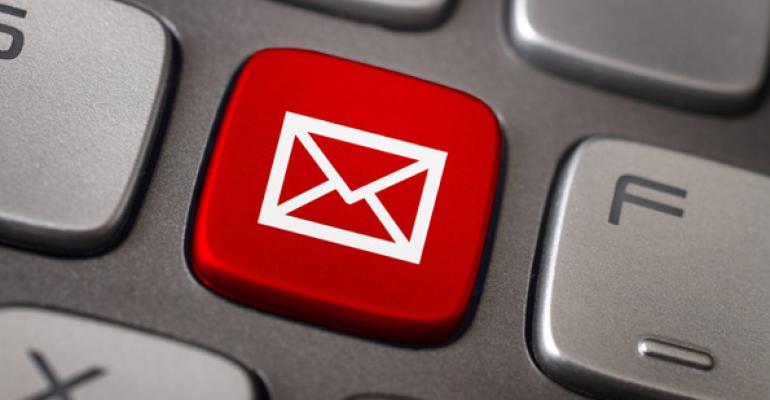 I get mail. Here's some of it

In this edition of the Mailbag: An update on the new SuperSite for Windows, the domino effect of Microsoft’s inability to effectively explain the limitations of Surface RT and the differences between that and Surface Pro, Windows Phone 8 and Verizon, Spotify and Windows Phone 8, the future of Live Mesh, Windows 8’s Push Button Reset and PC makers, and my whiny and uninformed opinion about Windows Phone 7.8.

If you have questions, please email me.

Update on the new SuperSite

About one month ago, we upgraded the SuperSite to a completely new infrastructure based on Drupal, replacing the Dot Net Nuke (DNN) content management system we had used for the previous two years. (Before that, the SuperSite was based on a classic ASP CMS that I designed and built in the late 1990s.) I wanted to provide a brief update about how things are going.

They are going very well.

Since before the inception of the SuperSite—back when it was just a “Future of Windows” section of a previous web site—I’ve adhered to what I think of as “guerilla publishing,” the goal being to get information to readers as quickly as possible. A critic once told me he’d “rather be right then first.” I of course would rather be both, but I’ll take .500 if it comes to that: This is the web, and I can fix/change anything as needed. Publishing a new article, and fixing an existing one, works better when the underlying infrastructure just works. Such is the case with Drupal.

If you do follow this site, you will likely have noticed that I’ve stepped up the pace of publishing. (That is, I publish more often.) This can be traced to two factors.

First, I’ve been meaning for some time to adapt to a more blog-like format in which I publish more and shorter posts rather than fewer long articles. I’ve been burned many times in the past by writing a comprehensive article about whatever product, only to have bloggers come along and make a single post about one topic that was in that longer article of mine. The tips I’m writing now for Windows 8 and Windows Phone 8, as with previous tips series, are an attempt to reverse this trend, to get to the point and address single, easily digestible topics one at a time. I still overwrite, I can’t help it. But it’s a process.

Second, Drupal just makes it easier. This system is wonderful, and while you’ll never see the backend stuff, suffice to say it makes my life a lot easier. I’m amazed by how much better it is. Night and day.

Many misunderstood the lack of comments on the previous site. Only the “blog” part of the SuperSite, which was added years after the main part of the site, supported comments; some thought I was purposefully leaving comments off of certain articles to avoid criticism or whatever. Not so: I’ve always wanted the SuperSite to be a two-way conversation, and not a dictate from on high. And the comments section we now have not only proves that, but proves that rich conversation is both possible and more desirable to the often hateful crap that appears in unmoderated and anonymous comments sections elsewhere.

And yes, I do moderate each comment personally and individually. I have to: Everyday there are few examples of comments spam, which I find both amusing and sad, and even a few slightly over the line personal attacks, and about once a week I get an incredibly heinous comment from some never-do-well that I write personally and explain why his comment isn’t going live. This is usually met by some indignant, hate-fill rant via email, as expected. And then life goes on.

Most of the comments, however, have been superb, and appreciated. People helping people, people pointing out mistakes, people agreeing and disagreeing like adults. I knew it could be like this. And it is. Thank you.

The volume of the comments is simply astounding, almost overwhelming, and I’ve had to adapt my daily workflow to deal with it. I feel that it’s worth it: When Penton has asked about taking over this duty for me, I feel that I need to see what people are saying so I can respond or otherwise pipe in when required, so there’s no way anyone else could do this for me.

I don’t see a way to see how many comments have been logged, but I had approved over 500 comments in the first 4 days, which was the last time I saw any kind of figure. Based on the time I spend approving comments each day, it’s been pretty consistent. Again, thanks.

Looking ahead, there are probably more features of the underlying CMS I could be using. I’ve been pretty much just publishing posts/articles each day, but there are photo/screenshot slideshow features and more to examine. And there are alternative layouts for the front-page I’ve not used since the site was in beta, mostly since I just like the way it looks. But I’ll get to all that. The point for now is that, one month in, this upgrade has gone swimmingly from my perspective. I couldn’t be happier.

Back in mid-October I wrote What is Windows RT? Redmond, We Have a Problem in response to an amazing well-spring of email proving that Microsoft’s decision to launch Surface with Windows RT alongside Windows 8 was a marketing disaster: Customers just had no idea that Windows RT isn’t compatible with the thousands of available desktop applications and browser plug-ins, not to mention many hardware devices. They still don’t.

I'm thinking of purchasing a Surface. Does it support the Java Runtime, especially in IE? And is it possible to pair it with a Bluetooth keyboard such as the Apple Desktop keyboard, rather than needing to purchase one of the covers?

The current (Windows RT-based) Surface tablet does not support Java. But it does work with Bluetooth keyboards. I've not tested the Apple keyboard explicitly, however.

It’s not just Surface RT that’s the problem. Perhaps spurred by news that Surface RT isn’t as widely compatible as were previous Windows products, I get a lot of email about whether Surface with Windows 8 Pro supports certain features. Case in point:

Any idea if the Surface Pro will support Bitlocker Disk Encryption?

Yes, it's full Windows 8 Pro, it has every feature that's in that version of the OS.

Do you know if the Surface Pro can join a Domain?

And so on. Only Microsoft could create this kind of confusion.

Verizon Wireless has curiously decided to prevent Windows Phone 8 handsets from sending group texts (that is, text messages to two or more people.) Why? I have no idea. But it’s not all bad news.

Is it just me or did Verizon Wireless ruin the Windows Phone 8 launch by disabling group texting?

I'm not sure why they did this, of course (SMS spam worries?) but I'm not sure this one feature kills WP on Verizon.

More to the point, you do get two additional features from your HTC Windows Phone 8X on Verizon, features that are not available at other carriers:

1. Wireless charging. The Verizon version of the HTC 8X, which is a bit heavier than the AT&T version, includes support for the Qi wireless charging standard. So you can use a wireless charger—like the Nokia Wireless Charging Plate—to charge the device.

I’m getting reports that the Spotify app that worked fine on WP7.5 is nowhere to be seen on WP8. Worth investigating?

I’ve seen this as well. According to WPCentral, Spotify is working on a WP8 version of the app. Not clear why the current one doesn't work, but this is the case with a few WP7.5 apps.

Update: Andrew Birch offers a potential and believable reason for this incompatibility:

The future of Live Mesh?

I get this one a lot too.

I wonder if you know about the Live Mesh’s future. Windows Essentials 2012 has replaced Live Mesh with the SkyDrive desktop application. We have been using Live Mesh since it came out and we feel it’s a very important and useful feature. I am very frustrated that Microsoft has phased out Live Mesh. Is there any possibility that they will add Live Mesh’s features into a new version of Essentials?

There's little doubt that Live Mesh will be discontinued and then phased out over time at some point, but Microsoft has not announced anything like that yet.

More to the point, the SkyDrive desktop application has evolved to the point where it supports Live Mesh’s most important features and of course exceeds Live Mesh on several fronts. I think the key “missing” feature from some users’ perspectives is that it does not support PC-to-PC sync that bypasses the cloud. But I don’t see this being added.

I have a Windows 8 PC and I used the Push Button Reset function to remove all the OEM bloatware that has been installed on the computer, but it didn't work. I've had it for a few days and haven't really gotten into using it because I want to reformat to wipe all of the third party install software. Do you know how I can do that?

The issue with Push Button Reset is that PC makers can add their stuff into the restore image. So when you reset, you get the factory PC maker image, not the base one.

I'm working with Rafael Rivera to develop instructions on how to overcome this. It's a bit complex but possible. In the meantime, the only option is to just manually remove the stuff you don't like and then use the old Windows 7-era image backup tools to create a system image of that, cleaner system. It takes longer to restore, etc. But it still works.

In fact, I just wrote that up: Windows 8 Tip: Use Windows 7 System Image Backup.

Given the reported RTM links/leaks [of Windows Phone 7.8 in blogs], you simply come off as whiny and uninformed. IMO, of course.

Speaking of uninformed, my complaint has nothing at all to do with the timing of 7.8. In fact, I couldn't care less when it ships. What I've written is that Microsoft has done its customers a disservice by announcing they would release this update and then never even providing the most basic of information in the five plus months since doing so.

Since this cute little exchange, Microsoft did of course finally address Windows Phone 7.8, further disappointing customers by revealing that this release wouldn’t ship until early 2013. Can I take credit for that announcement? Perhaps. But I’m always happy to be seen as whiny if it gets results.

As for the “uninformed” bit, I’ll just point out that all the blog links that Tom pointed to said that Windows Phone 7.8 would ship “in a matter of days” or “within weeks.” My conversation with him occurred on November 25, and early 2013 is “a matter of months.” I’m still awaiting his apology.