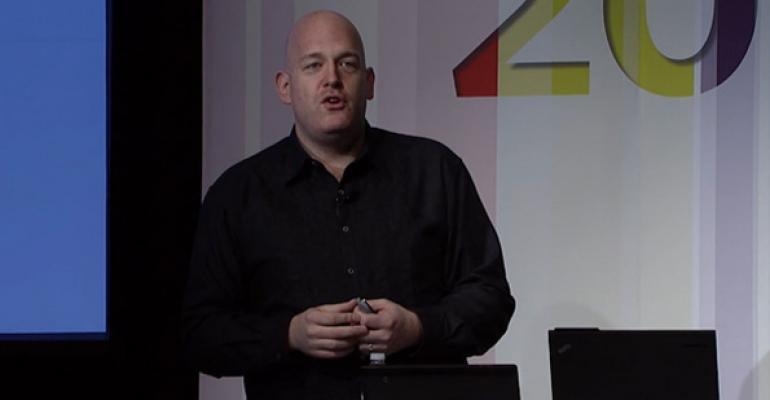 Jensen Harris Tells the Story of the Design of Windows 8

Change is hard. But sometimes change is needed

Given the recent controversy around the design of Windows 8, it’s interesting that Jensen Harris, one of the people behind the Windows 8 design recently spoke at UX Week, and that his presentation is available online for all to watch. If you’re concerned about this topic, you’ll want to check it out.

I wrote about the Windows 8 design controversy in Dueling Views on Windows 8 Usability. Not surprisingly, Jensen falls on the pro-Windows 8 side of the debate. But given his involvement in the creation of Windows 8, his perspective on this issue is by definition very important.

His central argument is that while each Windows revision has been familiar to users since Windows 95, people are willing to change if you give them something better. He uses many examples of such change—the PlayStation controller was also familiar but then the Nintendo Wii changed everything, cell phones that saw incremental changes until the iPhone changed everything, how the Prius changed cars forever, and so on—to explain how other companies reimagined their respective markets. And Microsoft, of course, did this as well. It went from DOS to Windows and unseated an incredibly popular DOS-based word processor--Word Perfect 5.1, which had 90 percent market share—with Word for Windows. Change happens.

He doesn’t really say this, but at every one of these changes, there was a vocal crowd of critics explaining why the change was bad. The Kindle ruined the “new book smell” that people loved so much, or the argument that people would never be able to type on a phone’s glass screen and would need a real keyboard instead.

“Resting on familiar is the way to mediocrity,” Harris says, noting that Microsoft could have chosen to simply continue evolving Windows.