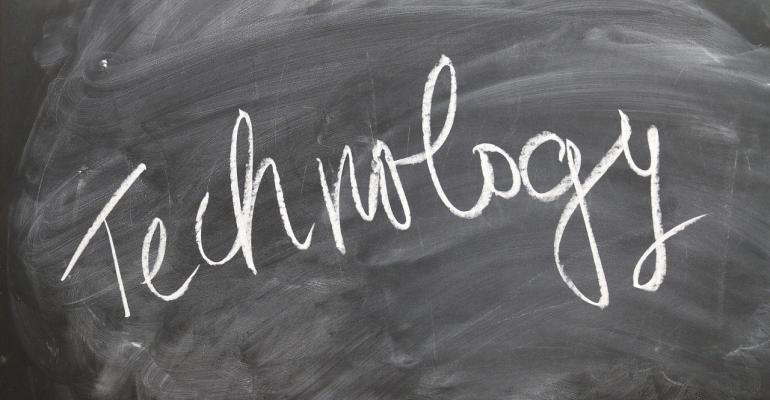 Take an opportunity to get to know one of our new SuperSite for Windows contributors.

My name is Richard Hay and I am one of the new contributors here at the SuperSite for Windows as it begins a new chapter in its existence.

Speaking of new chapters, I just want to say thanks to Paul and wish him the best as he kicks off Thurrott.com and his new adventures. He has certainly built a great community here and I look forward to becoming more involved in it and with you. I have been following Paul and reading his newsletters since the early days, as I am sure many of you have, so it will be great to watch what he does at the new site. Make sure you read his Goodbye post to everyone from last week.

At the same time we will be seeing the SuperSite take a different direction as our Executive Director, Marcia Parker, pointed out and I am pleased to be a part of that process.

I thought a good starting point as I begin my contributions here would be to share a little about myself and my background – like an ice breaker – as we get to know each other.

My computing life began in earnest back in the mid 80’s when I bought my first computer, a Commodore 64. In fact, as newlyweds, my wife and I did not even have a TV in the house for the first two years until the Commodore 64 was purchased. I think that TV had a small 13 inch screen but it was a window into an entirely new world.

Back in those days there was no Internet so you could not just search for programs to download and run on your Commodore 64. What we did have though were these weekly and monthly magazines that had BASIC programs printed in them that you could type character by character and the save them to run/play on your C64. Those were some long hours not only typing them but then debugging my typing errors to get the program to work. Eventually they had a program that would provide a checksum for each line of code so you could check as you worked and that saved at least a few hours. I seem to recall my favorite typed in program from those days was some type of space fighting game.

I stayed with the C64 for quite a while and because of that I slowly collected spare gear from various members of the Naples Commodore Users Group I was part of as they headed to the PC realm. It was around this time that I got my first modem – all 1200 baud worth – and explored online bulletin board systems – the early precursors to the web and information sharing.

It was not until 1993 that I retired the C64 and moved into the world of IBM compatible computers. My first white box was a machine that I built as part of a mail order course I did out of a school in Scranton, PA. They started you off with some basic chapters in computers, hardware, operating systems and then shipped you the computer with a 25MHz 386SX processor, 4MB of RAM and a 20 MB hard drive. High end gear for those days. It came with Windows 3.1 pre-installed and the next several chapters were all about learning the Windows environment.

One of the final steps of the course was the multi-media chapter when they sent a SoundBlaster 16 sound card and speakers for me to install. That computer went through a couple of upgrades of the processor, memory and hard drive over the years I had it. I remember purchasing 4MB of RAM for it to double it to 8MB and the comment made to me was “Why do you need that? Are you planning on running a server or something?” That 4MB of RAM cost me $100 back then - my how things have changed.

It was this computer that put me online and connected to the web in earnest in early 1995. In about July of that year at a get together I started a conversation with someone about computers and the web and they mentioned a site where you could build your own website – GeoCities.

The rest as they say is history. I started to learn HTML and put together a site I decided to call “Another Windows 95 Links and Resources Page”. Since the release of Windows 95 was happening the next month, and yes I stood in line at a retailer to pick up my copy at midnight when it was released, it seemed like the right thing to do and it was “another” of many that were springing up online. I still remember the address as well – GeoCities.com/SiliconValley/Heights/1094.

I was on active duty in the Navy during all of this and was living in Italy at that time. In my off duty time I sold computers and accessories in our Navy Exchange on base for Packard Bell/Compaq and learned more about the industry over those years and continued to share links and resources for Windows 95 through my GeoCities website. Of course, as technologies changed and Windows continued through its development path, my site grew and changed accordingly.

I worked in communications in the Navy and we were also going through a transition as our communications systems changed from analog, to digital and eventually to computer based. I felt like I had a head start because of my early involvement with computers and that proved worthwhile during the remainder of my career.

Those early steps on GeoCities were the foundation for my site that is now called WindowsObserver.com which marks its twentieth year on the web in August of this year.
Like all of you I was always the family computer repair tech and all of that poking around led me to designing and building my own computers about 10 years ago and I no longer buy desktops off retail shelves.

In more recent history I retired from the U.S. Navy after 29 years back in 2011 and had my own computer repair and consulting business for a couple of years. Following that I had another retail experience as I decided to work at Best Buy for about six months doing asset protection and then wrapping up as the Microsoft Consultant for the store. After leaving there last Summer I was hired full time as a help desk support technician for a software company out of Iowa. Other areas that catch my interest regularly are space (as in low Earth orbit and outer), photography and putting miles on my 2007 Harley Davidson Ultra Classic.

That now brings us to this new year of 2015 and my opportunity to contribute to the new SuperSite for Windows.

I have been reading your comments on recent posts about the site and its changes and just want to say thanks for the suggestions for the sites direction. In fact, it was one of those comments that will be the focus of my next post here as I share with you what tech I use on a daily basis.

As I said earlier – I am looking forward to this new experience and getting involved in the conversation with all of you.

Be sure to introduce yourself and keep that feedback coming as we work through this transition.