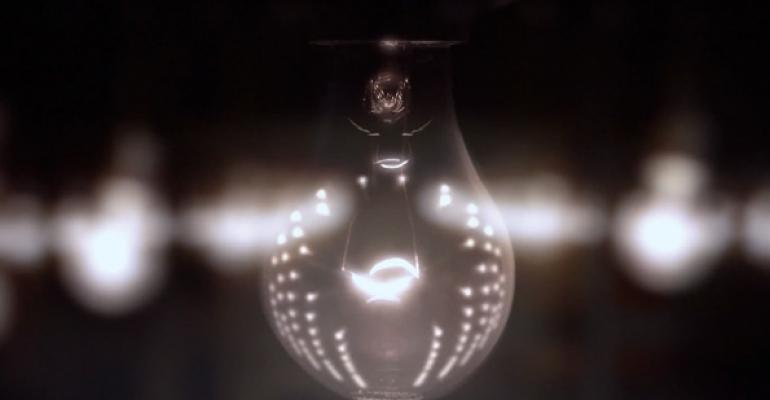 Windows 8.1 takes another down the road to our devices and services future

In Windows 8.1, Microsoft has removed the Windows Backup tools that provided system image backup capabilities. This has triggered a new round of fear and loathing among those who appreciated the functionality of that offering. But the move is in keeping with the broader transitions Microsoft is making to devices and services in Windows and its other core product lines. And as I’ve noted in the past, the new way of doing things works quite well.

System image backup debuted as a feature of Windows Backup in Windows 7. You can find out about this legacy usage in my article Windows 7 Feature Focus: Backup and Restore, but the short version goes like this: At any given time, a Windows 7 user could make a system image backup, and then use that backup to resuscitate the entire Windows install—including all applications, settings customizations, and documents and other data—back to the PC in the event of a hardware or software failure.

Understandably, many people like system image backups. But this type of system is also emblematic of the old, PC-centric way of doing things, where everything that was important to you was locked on a single PC. In the new way of doing things, your important information is not locked to a single PC, it’s stored in the cloud. So the loss of a single PC is, if not meaningless, certainly less problematic than it would have been years ago.

The original shipping version of Windows 8 embraced this new way of doing things, but it also provided hidden access to the legacy system image tools: You can read Windows 8 Tip: Use Windows 7 System Image Backup for more information about that. But the important point is that, by Windows 8, this functionality was already on the way out. In fact, the only reason Image Backup exists in Windows 8 is so that upgraders can still access their information in old backups.

As I noted in Windows 8 Tip: Picking a Backup Strategy, Windows 8 “is architected with a device, rather than PC, mentality. It is designed to boot very quickly, in under 10 seconds on most PCs, compared to 20-45 second for Windows 7. It jumps out of sleep instantaneously, shuts down quickly, and generally behaves more like an iPad than a clunky, traditional PC. It can even be recovered very quickly.” As such, the initial Windows 8 version includes a number of more forward-leaning capabilities that obviate the need for system image backup. These include:

Push Button Reset. The amazing PC Reset and PC Refresh features in Windows 8 enable you to reinstall Windows in just minutes and do so either destructively (PC Reset, which returns the PC/device to its factory-fresh condition) or non-destructively (PC Refresh, in which your documents, music, photos and other data files are retained but Windows is reinstalled). Check out Windows 8 Tip: Reset or Refresh Your PC for more information. And know that in Windows 8.1, this functionality can now be found in PC Settings, Update & Recovery, Recovery.

File History. Essentially a modern version of the Previous Versions functionality that debuted a decade ago in Windows Server 2003, File History caches, or backs up, different versions of your documents and other data files, so you can “go back in time” and recover previous or deleted versions of those files. File History can save these version-based data file backups to another disk on your PC or to a home server or other central file share. And as it automatically backs up everything in your libraries, desktop, Favorites, and contacts, it’s a key form of backup. Check out Windows 8 Tip: Enable File History to learn more. In Windows 8.1, File History can be accessed in PC Settings, Update & Recovery, File History.

SkyDrive integration. In the initial version of Windows 8, you could download a free SkyDrive application that would sync the contents of your cloud-based storage to the PC. In Windows 8 Tip: Picking a Backup Strategy, I discussed how you can map a SkyDrive-based folder to your Documents library, ensuring that your documents are always centrally stored in the cloud and accessible by any of your devices. But when using a PC, everything just works normally. You should read Windows 8 Tip: Use SkyDrive to Sync Your Documents and Pictures to learn more about how that works. Note, too, that Windows 8.1’s SkyDrive integration also includes settings sync, camera roll integration, and more. Check out PC Settings, SkyDrive for the new UI to managing all this.

Media separation. Windows 8.1 also lets you store media on an SD card or other portable storage, which is ideal for those with Ultrabooks, tablets or hybrid PCs with relatively small amounts of internal storage. By keeping your media separate from the rest of the file system, it will survive even a PC Reset. Check out Windows 8.1 Tip: Use Micro-SD with Libraries and Metro-Style Apps and Hands-On with Windows 8.1: SD Support for more information.

So Microsoft has removed the legacy system image backup capabilities in Windows 8.1 (though I sort of expect them to provide it separately for that backwards compatibility bit). And via email and Twitter, I’ve received a few impassioned pleas about what users are supposed to do.

And my advice is simple: If you’ve been following my advice since the launch of Windows 8, you’re already doing it. There's nothing to do.

In that Windows 8 Tip: Picking a Backup Strategy post, I already vaguely described what I’m doing, though I’ll update the approach here to accommodate some recent alterations and some additional information.

PC recovery. If a PC refuses to boot, suffers from hard drive or other hardware failure, or simply needs a little performance goose, I use the PC Reset functionality to go back to factory-fresh condition. The whole thing takes under 15 minutes. (Make sure you create recovery media and understand how to access Windows 8’s recovery options just in case.)

Application reinstall. My reliance on heavy, desktop-based applications has declined over the years, and more and more frequently thee applications are installed online anyway. I stream my Office 2013 install to the PC using Office 365. I grab Windows Essentials for Photo Gallery only. I install Chrome, Skype and MetroTwit from the web. The only big application I install locally is Photoshop Elements. That’s it. Over time, as the need arises, I may install other applications (Adobe Reader, SnagIt, whatever). But getting a new PC build up and running with application installs is quick.

Documents. My documents are all saved in SkyDrive and SkyDrive Pro (SharePoint Online in Office 365 Small Business Premium). I sync all of my SkyDrive Pro library to the PC using the SkyDrive Pro desktop application that’s part of Office 365. And with SkyDrive automatically and more deeply integrated in Windows 8.1, I don’t actually sync any of that, though it’s all available through File Explorer and in Metro. (I now use SkyDrive, with its bigger storage possibilities, for older document archiving while SkyDrive Pro is used for the documents, books, and article series I’m currently working on.)

Photos. I no longer keep photos on my PCs for very long. Favorite photos and camera roll photos from phones go to SkyDrive. All photos are backed up to my home server (and then to CrashPlan as the server is backed up to the cloud) and to Google+ Photos. I share photos through Facebook. Bam.

Music. I’ve moved to Xbox Music (with Xbox Music Pass) semi-exclusively. I have a home-based Windows 8 PC “server” that is configured with iTunes, Xbox Music, Google Music and Amazon Cloud Player for PC, ensuring that music I buy anywhere is automatically routed to all services and matched to Xbox Music. This latter bit ensures that most of my music collection (Xbox Music doesn’t yet match 100 percent of the collection) is available on the Windows 8 PCs and Windows Phone handsets I actually use. But I really just access music from Windows Phone. No need for music to take up space on PCs.

Videos. I rent movies when I travel. Depending on the device, I may use Amazon Video (Kindle Fire HD) or Xbox Video.

When my desktop PC died the other day, I went through a predictable and frustrating series of recovery attempts, but the truth is, I lost nothing but a hunk of metal and plastic. Everything important I work on is in SkyDrive and SkyDrive Pro. All I really had to do was switch to my Ultrabook, connect a USB docking station so I could use my big display, keyboard and mouse and some other peripherals, and get back to work. That’s the point of this entire process: You’re not bound to a single device.

And to those critics of cloud computing out there, you’re not bound to the cloud either. A key component of this approach is that your important data is synced locally. Everything I need to get work done is on a few different devices at all times, and I could stream it down to new devices at any time. Heavy system image backups aren’t just not required, they’re less efficient.

So maybe Microsoft returns system image backup to the RTM version of Windows 8.1, or perhaps they make it an optional install. No matter. I’ve already moved on to more modern versions of backup and recovery and I recommend that you do as well.