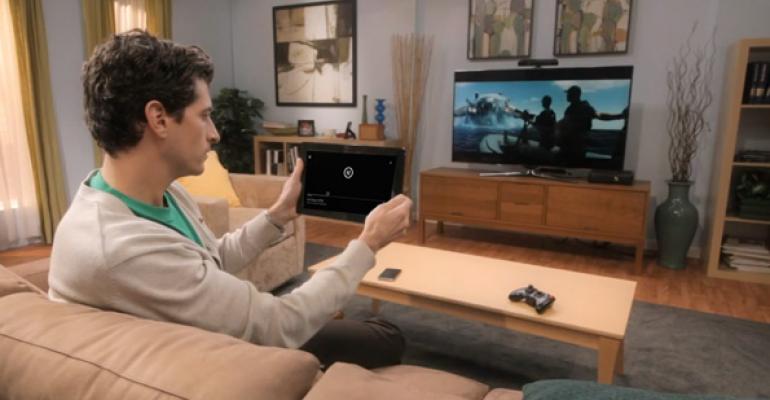 Still not as seamless as what Apple offers, sorry

In Windows 8.1, Microsoft is providing additional options for connecting your PC to external displays and playing content from the PC, or from online media services, to compatible devices like HDTVs and the Xbox 360. Curiously, these interfaces aren’t consolidated, however, and the Play To option from Windows 8/RT has been renamed to Play in this update.

If you’re curious about the truly new Miracast support that’s been added to Windows 8.1, please check out my Windows Secrets co-author Rafael Rivera’s post, Windows 8.1 features Miracast wireless display tech, and it works well. In it, he explains that Miracast uses the Project option in the Devices charm rather than the Play (Play To in Windows 8/RT) option. This makes sense only if you know too much about these technologies, and I’m curious that Microsoft didn’t consolidate these options into a single interface to make life simpler on users.

The problem with both Miracast and Play/Play To (and Wi-Di for that matter) is that these industry standard display technologies simply don’t work as seamlessly as does Apple’s AirPlay. That said, I believe the previous Play To restrictions from Windows 8/RT—which I wrote about The Sad Tale of Play To and Windows 8—have been lifted in 8.1. (My Google TV-based Sony TV now shows up as working, for example.) And if you buy into the Xbox media ecosystem for some reason, you can also use the proprietary Play On Xbox functionality in apps like Xbox Video to get paid content from Windows 8/RT/8.1 from your PC to your Xbox 360.

Anyhoo. In Windows 8.1, Microsoft has rebranded Play To as Play and they’ve changed the way that you access this functionality from the Devices charm and pane. Fortunately, it’s still pretty obvious.

First, you need to make sure that the device you want to use for playback is connected to your PC. This happens in PC Settings, as before, but with the changes in 8.1, you’ll need to do some extra digging, so navigate to PC & Devices and then Devices. Check your list of Play devices. If the device is present, you’re good to go.

If not, click Add a device and then select the device from the list. (I used my Xbox 360, which is Play To compatible.)

Then, you need to get some content playing, in this case using the Xbox Video app. Play only works with unprotected content. This can be your own videos (perhaps you ripped some DVD movies previously) or movie/TV show previews in the Movies or TV Store inside Xbox Video. When the video starts playing, open Charms and select Devices (or just tap WINKEY + K) to display the newly updated Devices pane.

Click Play. This will display the Play pane, which provides a list of all compatible playback devices.

When you select the appropriate device from the list—the Xbox 360 in my case—Xbox Video will connect to the device and then handoff playback to that device. (That is, the video starts playing on the Xbox 360.) You can still control playback from the onscreen controls in the Xbox Video app on your PC, however.

Play, like Play To before it, remains mostly “dumb” in that it requires your PC to stay awake and on for the playback to work: That’s because the content is streaming from the PC, not handing off playback as with Play On Xbox. And you can’t use Play to play purchased Xbox Video content (a movie or TV show) from your PC to a device. Instead, you can use Play On Xbox (or just start playback from the console). Put simply: A few UI changes, but everything basically works as before.