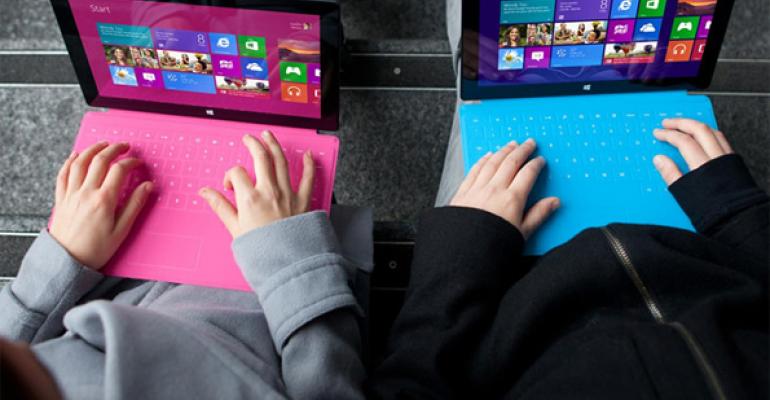 The ultimate guide to what’s new in the Windows 8.1 update for Windows 8 and RT

Welcome to Windows 8.1. This article will serve as the front-end for other articles that highlight my hands-on time using the new and updated features in Windows 8.1, and it will grow over time as new articles are added and as Windows 8.1 speeds towards completion.

In Windows 8.1, Microsoft is finally provided the kind of in-box help that it should have shipped with the initial versions of Windows 8 and RT. This help takes two main forms: Pop-up help tips for the hidden and undiscoverable new navigational UIs in the OS, and a new app called Help + Tips.

While Microsoft had telegraphed the major Mail app revision that was coming in Windows 8.1, the refreshed People and Calendar apps were more of a surprise. Here, I’ll take a look at improvements in the People app, which is now called a hub and features a subtle visual update.

In Windows 8.1, the bundled Mail app gets truly useful with new drag and drop and folder pinning capabilities, compatibility with key Outlook.com features such as Sweep, newsletter filtering and social network integration, and a newly discoverable and more useful user interface.

While much of my work with Windows 8.1 has involved updating Windows 8/RT-based PCs and devices to the new system, you can also perform an upgrade of sorts from Windows 7. In the Windows 8.1 Preview, at least, these options are limited, however, to a clean install or a partial migration.

In Windows 8.1, Microsoft has removed the Windows Backup tools that provided system image backup capabilities. This has triggered a new round of fear and loathing among those who appreciated the functionality of that offering. But the move is in keeping with the broader transitions Microsoft is making to devices and services in Windows and its other core product lines. And as I’ve noted in the past, you have alternatives.

While most people using Windows 8 today do so using traditional, non-touch PCs, this system was of course designed a touch-first user experience aimed at a new generation of mobile computing devices, including tablets. In the Windows 8.1 update, one of the key components of this experience, the touch keyboard, has been improved even further to better support mini-tablets, portrait mode, and new swipe-based child keys.

Windows 8.1 overcomes one of the stranger limitations in Windows 8 and Windows RT, making the use of removable SD and micro-SD storage more seamless and automatic. But how you approach this capability will be determined largely by the type of device you’re using and whether you intend to stick largely to the “Metro” or desktop environment.

Knowing in advance that the Xbox Music app was getting a major redesign in Windows 8.1, I was curious to see whether the other Xbox entertainment apps that ship with Windows 8 and RT were getting a similar overhaul. But no such luck: The version of the Xbox Video app that ships in the Windows 8.1 Preview is only minimally changed from the current shipping version. Fortunately, more changes are coming.

In Windows 8.1, Microsoft is providing additional options for connecting your PC to external displays and playing content from the PC, or from online services, to compatible devices like HDTVs and the Xbox 360. Curiously, these interfaces aren’t consolidated, however, and the Play To option from Windows 8/RT has been renamed to Play in this update.

The SkyDrive mobile app that ships with Windows 8 and RT has been updated in Windows 8.1 to address a key customer request, though to be fair it was unrelated to SkyDrive: In addition to letting you browse and access files in your cloud storage, the app now provides a Metro-based front-end to your PC’s file system too.

Looking over my complaints about the initial release of Windows 8/RT, the lack of scalability in the Windows Store app was among the most strident. As originally envisioned, Windows Store was a terrible, static, and category-driven experience. But in Windows 8.1, Windows Store has been reborn. And now we finally get the dynamic, beautiful and useful electronic storefront we wanted.

While the lock screen that Microsoft provides with the Windows 8/RT was beautiful and could be personalized in basic ways, it wasn’t particularly dynamic. So in Windows 8.1, the lock screen is being upgraded to be even more personal, with a dynamic photo slideshow feature, and more useful, with camera and Skype integration.

One of the more important changes to the Windows 8.1 update for Windows 8 and RT is its pervasive support for portrait mode. This feature, primarily aimed at 7- and 8-inch mini-tablets, portrait mode works across the OS and the built-in app and is aimed primarily at reading scenarios.

The Windows 8.1 update ships with Internet Explorer 11, an evolutionary update to the web browser that shipped with the initial versions of Windows 8 and RT. Here’s what’s new in the Modern version of this web browser.

While many think of Windows 8.1 as a massive collection of small fixes, this release does in fact offer two major new features. One is its deep SkyDrive integration, which I write about elsewhere. But the other is deep Bing integration, which results in a truly innovative and useful new feature called Smart Search.

When Microsoft started publicly discussing the Windows 8.1 update for Windows 8/RT, they promised that users who wished to stay primarily in the desktop environment would be able to skip past the Start screen on boot. Well, it’s true: You can boot directly to the desktop with Windows 8.1. Here’s how to configure it.

Use Desktop Wallpaper on the Start Screen

With Windows 8.1, Microsoft is finally giving users the option to use their desktop wallpaper as their Start screen background, easing the transition between the two environments. Of course, the trick is finding out how to enable this useful feature.

Microsoft is awfully sensitive about the term Start button, but make no mistake: The Start button is making a huge comeback with the Windows 8.1 update. Indeed, the suddenly new-again Start button is in fact available all over Windows 8.1, in the desktop and in all Metro experiences … including, oddly, the Start screen.

As you may know, Windows 8/RT ships with a hidden power user menu that puts often-needed tools right at your fingertips. This menu works as before after the Windows 8.1 update, but it’s been enhanced with additional tools.

With the Windows 8.1 update, Microsoft is simplifying the default view users see in the File Explorer, replacing the previous Computer view with something called This PC. But while the ongoing attempts to simplify the desktop are understandable, the biggest shocker here may be the sudden de-emphasis of libraries.

Thanks to a proliferation of mobile devices with super-high-resolution displays and a continued reliance on desktop applications, Microsoft is attempting to fix longstanding issues with desktop display scaling as part of the Windows 8.1 update. In the Preview version, however, these changes appear to be only partially implemented.

With the Windows 8.1 update, Microsoft is integrating SkyDrive with Windows more deeply than ever. This includes more settings sync, document save integration, camera roll integration, and of course file syncing between the cloud service and your PC or device, handled in a more sophisticated way than ever before. The best news? It all works with Windows RT too.

With the Windows 8.1 update, the much reviled Start screen in Windows 8 and RT is more useful, more attractive, and more configurable than ever. As important, it now adapts more easily to device screens of all sizes and resolutions.

The All Apps view has been greatly enhanced with the Windows 8.1 update, adding new sorting and search capabilities. But the big news here is that desktop users can almost completely replace the Start screen with All Apps, and configure it so that desktop applications are listed first.

Curiously absent from the list of Windows 8/RT apps that were updated this spring, the Photos app has now received a major update with the Windows 8.1 Preview. It’s a mixed bag, though. On the one hand, the app picks up some decent photo editing functionality. But it’s lost the online service integration that made the original version of the app interesting.

Anyone who believed that Microsoft was prepping a major update to the Xbox Music app as part of the Windows 8.1 update for Windows 8 and RT is going to be disappointed with the result. Rather than a complete do-ever as was obviously required, the new app offers simpler navigation but no major new features at all.

While the Metro-style apps included with the initial release of Windows 8/RT were generally unimpressive, one set of apps stood out: The Bing apps like News, Finance, Sports, Travel and Weather. With Windows 8.1, the Bing team is back with two more apps: Food & Drink and Health & Fitness. Guess what? They’re beautiful too.

Users who wish to stay in the Metro environment while using Windows 8 or RT tablets and hybrid devices will appreciate the many additions Microsoft has made to its Metro-based PC Settings interface. No longer will you need to switch between PC Settings and Control Panel to find the most frequently-needed settings.

Small but useful utility apps were notably absent from the initial release of Windows 8/RT, forcing tablet and hybrid device users to retreat to the desktop to accomplish certain tasks. This issue has been somewhat fixed with the Windows 8.1 update, which adds new Metro-style Calculator, Help & Tips, Reading List, Scan and Sound Recorder apps.

I'll be writing many more hands-on articles about Windows 8.1 soon. If there are any other Windows 8.1 features you'd like to know about, please let me know.