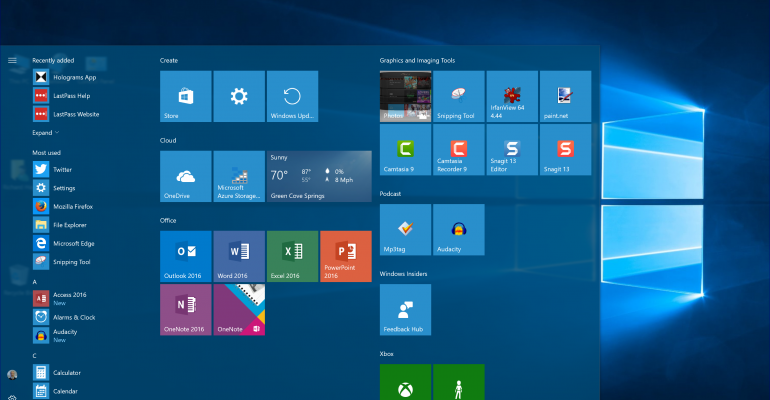 Windows 10 Creators Update Build 15046 is the 22nd PC Fast Ring build released since last August and brings us one step closer to the general availability of this third major feature update for Windows 10 since it was released in July 2015.

As I have previously mentioned, these builds are all about final tweaks, bug fixes, and performance enhancements so that this update is ready to roll out to all Windows 10 users.

Starting with Build 15042, which was released last Friday, I have now moved to a bare metal install on a second device - the Surface Book. That means I am running these latest builds on the HP Spectre x360, Surface Book, plus virtual machines for Windows 10 Home and Professional. The temptations are running high to install the latest build on my main desktop machine but I am holding short of that step for now. Maybe in one more build I might make that happen since I am planning a clean reset after the release of the Creators Update anyway.

I am really starting to notice a lot of stability in this latest build and many of the issues I was having are now being addressed. For instance, my biggest frustration had been the layout of my Start Screen and its Live Tiles. Build 15042 and 15046 are the first ones that have not messed with the Start Menu at all.

This latest build, 15046, has a few areas to check out that have been tweaked so lets run down that list:

- Cortana can now help you resume activities including apps, files, and websites. Just check your Action Center to see what she is suggestion between devices.

- In Build 15042 I pointed out the new setting to block the installation of desktop software and now that experience has been tweaked in Build 15046. The new options dialog now has an option to warn you when any desktop software is being installed. The resulting dialog box when this happens gives you options to search in the Windows Store for similar apps or to go ahead with your install anyway.

- In Windows 10 Creators Update Professional there is now an option to pause updates in Windows Settings>Updates & security>Windows Update>Advanced options. This will allow any updates for your device to be delayed for 35 days and the settings dialog even provides you that date as you turn on the option. Once you have paused updates then subsequently turned them off the system will check for any updates and install them prior to you being able to pause updates again.

- There is now an option to ask Windows 10 to give you even more restart notifications. Just go to Windows Settings>Updates & security>Windows Update>Restart options and toggle the On/Off switch. I have flipped this setting on so I can see how much more verbose the alerts about restarts will be with this selected. I first saw this new setting in Build 15042 and it is still there in 15046.

- The Windows Defender UWP App continues to mature and the App & browser control page now works to modify your settings for SmartScreen in apps and Microsoft Edge. Unfortunately, Family Settings still uses the web based interface for now and does not incorporate the options within the operating system. Maybe that will come in Redstone 3.

So as you can see, things are starting to tighten up for the Creators Update but the one thing we are missing is the formal announcement from Microsoft on when this update will be available to the general public. After initial reports that it would be made available this month, March 2017, that shifted to the right when other indicators showed a possible April 2017 release.

One thing to note is that Microsoft did announce the planned release date for the first two feature updates of Windows 10 at least a month out from their availability dates. Not sure if that will be the case with the Creators Update but we are getting really close to the time when we should be hearing something solid from the Redmond company.