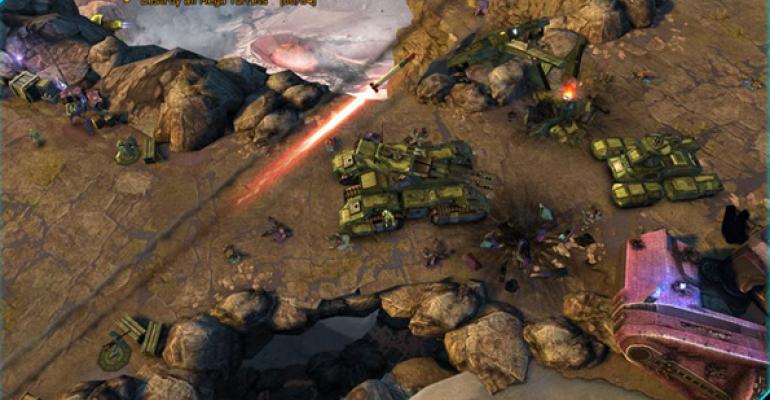 Warning: I've heard from many, and have now experienced myself, that upgrading this game to the version actually wipes out your progress, forcing you to start again from the beginning as if you had never played it before. This is an absolutely astonishing and bone-headed mistake on Microsoft's part and I hope a fix is forthcoming. But just be aware this is happening. --Paul

Microsoft today announced a new game expansion for "Halo: Spartan Assault" for both Windows 8/RT and Windows Phone 8 which adds five new missions to the 25 missions originally included with the game. Additionally, the firm will release a free demo version of "Halo: Spartan Assault" tomorrow, giving gamers a chance to try out the game before buying.

And now it's' getting better.

According to Microsoft, in the new (and free) five-mission Operation Hydra expansion update, you intercept a haunting alien signal after the destruction of planet Draetheus V. Following the signal to the core of the planet’s moon, you discover its terrifying source—and a surprising new mystery to unravel.

One of the complaints I've seen about this game is that it's expensive at $6.99, plus you have to buy it twice if you own both Windows and Windows Phone devices. No fix for the latter issue, but now Microsoft will offer a free trial version of the game—starting tomorrow—so you can try before you buy.

Another complaint is that the game requires 1 GB of RAM on Windows Phone devices. Well, no more: Now you can play it on 512 MB devices too. Halo for everyone!