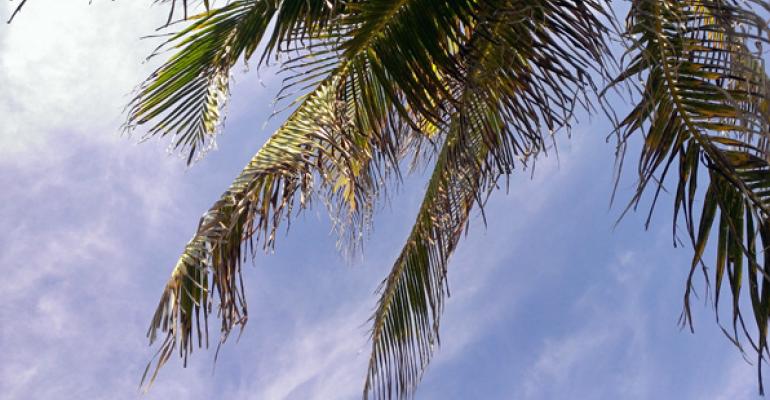 A tale of compulsion and technical glitches

Greetings from Cancun. Today’s trip to Mexico was an interesting chance to try Surface Pro in the cramped confines of a coach flight, and it performed like a champ. But two strange technical glitches ended up putting the day in the defeat column, though only one of them was Surface Pro related.

To step back a bit, yesterday I mentioned in Going Pro: When Push Comes to Shove that my preference for the larger keyboards I use at home and with my normal Ultrabook, a 15-inch Samsung Series 9, was getting me a bit skittish about relying solely on Surface Pro—with its small Type Cover keyboard and tiny 10.6-inch screen—while on this trip.

What can I say, I’m compulsive. And while this is something I openly confront in many ways—getting rid of physical “things” like books and moving to the cloud as I’ve written about in the “Zero Data” series is one obvious example—it’s also something that is hard to overcome. I suspect it’s an issue with many technical people.

In this case, my compulsiveness actually paid off, however. What I ended up bringing along was way over the top, machine-wise, but remember that I am in the middle of writing about a couple of topics—for this series, the Xbox Music Book and Windows Phone Book, and others—that pretty much necessitate multiple PCs. (Yes, I’m making excuses here. Let’s move on.)

So I did bring the Surface Pro, of course, but also the Surface RT—which I use for Xbox Music Book screenshots and, on this trip, a few rented movies—and my Ultrabook. My carry-on backpack was thus as heavy as a cinderblock. It’s all in the name of science.

On the flight, which left Boston at roughly 7 am, I used the Surface Pro to write and to watch a few movies. The device lasted the entire flight—it was about 4.5 hours in the air—and then some, as I started on it before we took off. As you can see from this admittedly terrible photo (I didn’t want to set off the flash in-flight), Surface Pro is an ideal size for a typical airplane seat-back tray, and working on the flight was just fine.

So that’s the good news.

My first glitch, which isn’t related to the Surface Pro at all, occurred part-way through the flight. I’m not even sure why I did it, but at some point I tapped the power button on my smart phone, an HTC Windows Phone 8X, and nothing happened. So I tapped it again. Nothing. So I held down the power button for 5-6 seconds, waited a few more seconds, and then turned it on again. Obviously, it had frozen for some reason.

When it rebooted, however, the HTC 8X battery gauge was almost empty. I have no idea what caused this, or how that could have happened, but since I had the Surface RT with me as well, I connected the phone to that device via a USB cable and let it charge for the rest of the flight. It was enough to get me past 3pm, when we could finally check-in at the hotel. (We arrived there around noon.)

The second glitch is still unresolved. And concerning.

When we finally did check-in, of course the first thing I did was set up my devices to charge. I always bring a travel-sized power strip with me when I fly—again, compulsive—but when I plugged the Surface Pro adapter into that, or directly into a wall socket, the white light wouldn’t come on. It wasn’t working. Furthermore, the USB charging port on the power brick wasn’t working either. After verifying that everything else I had could charge just fine, and checking multiple wall sockets, the conclusion was clear: Somehow, unexpectedly, Surface Pro’s power supply has stopped working.

I’m not sure what happened to the Surface Pro power supply, and for some reason I vaguely expect it to work fine when we get home next week. I’ll try it here from time to time too, of course.

So oddly enough, I would have been in serious trouble if I hadn’t brought the extra stuff. That doesn’t excuse the compulsive completely. But it is sort of a strange coincidence.