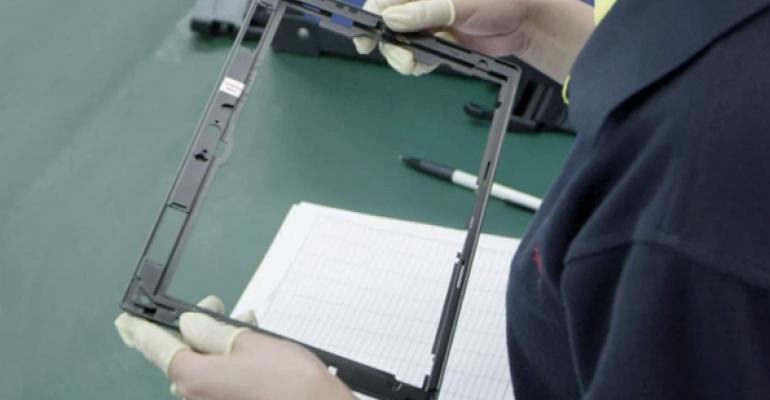 While I’ve spent a lot of time thinking about and writing about the screen resolution and scaling issues in Microsoft’s Surface with Windows 8 Pro tablet, one equally controversial issue that I raised has gotten a bit less attention: For the most part, the Surface Pro screen is identical to that used by Surface RT when using Metro-style apps.

Now, I know what you’re thinking: There is no way that the 1080p screen in the Surface Pro doesn’t out-perform the 1366 x 768 display used by Surface RT. Technically, of course, you’re right. And if you really strain your eyes, as I’ve been doing to the amusement of my children this week, you can in fact see minute differences when viewing the same app side-by-side in both Surface Pro and Surface RT. But the thing is, they’re pretty darned close. Almost identical, in many cases.

Part of the reason, of course, is that Metro-style apps are designed to be somewhat resolution independent, so that they look similar on displays of different sizes and resolutions. (There are exceptions to this, as you’ll see, due to the layout controls used by some apps.) Here’s an example: The News app, displayed in Surface Pro (top) and Surface RT (bottom):

Now, the limitations of the graphics you see on this site mean that this image is, of course, a bit less than useful. So I’ve blown up some areas of some screens and have taken some photos as well to help you see this in a more detailed way.

Consider a photo comparing some text in the News app. With the understanding that the brightness levels appear to be a bit off, the Surface Pro is on the left and Surface RT is on the right.

With further apologies about the limits of the graphics you see, the Surface Pro text is a bit crisper. But just a bit. You can see this in the screenshot versions of this text as well, again with Pro on the left and RT on the right:

Obviously, there are other issues that relate to screen performance, including video playback, the use of “pro” applications (Photoshop and so on) and video games. I’ll be looking at these uses of Surface with Windows 8 Pro in upcoming articles in this series. But when it comes to typical Metro-style apps, which it’s fair to say are largely consumption-style apps, the differences between the screens in Surface Pro and Surface RT are, to my eyes at least, fairly minimal.