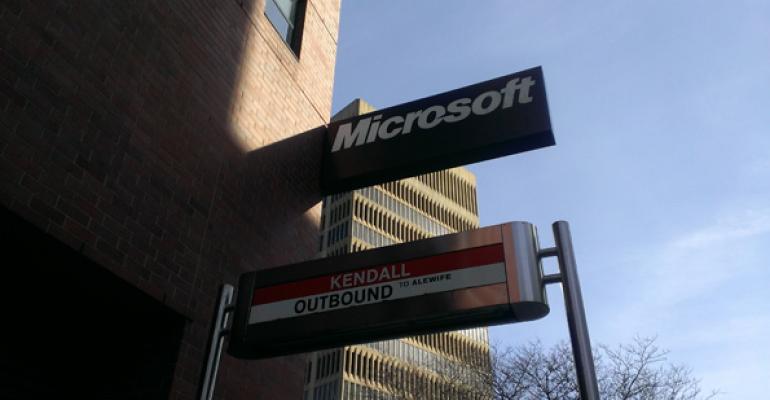 Going Pro: Pro on the Go

Surface Pro goes for a few quick trips outside the house

Since receiving a loaner Surface with Windows 8 Pro from Microsoft, I’ve made two mini-excursions into Boston, giving me a chance to see what it’s like to use the device on the go. And while a more representative long-distance trip will need to wait a few more weeks, I think I have a handle on how this performs in the real world.

With mobile devices, it all comes down to this: You can never have too much battery life.

And as I noted in my Surface Pro review, this is one area in which Microsoft’s new flagship device does indeed fall short. In anecdotal testing around the house, I’m seeing anywhere from 4.5 to 5.5 hours of real world battery life, depending on usage. That’s indeed half the lifetime you get with Surface RT, as previously reported.

But these kinds of tests are somewhat artificial. Sure, I can stream my Xbox Video-based version of “The Avengers” until I’m so sick of spandexed superheroes that I could scream. (And I have.) But that type of test only tells you so much. What’s it like to use it out in the world?

My first test came the day after the Surface Pro package arrived at my home, and I headed into Boston (well, Cambridge) 12 days ago to meet with Microsoft to discuss, you guessed it, Surface Pro. At that time, I hadn’t yet configured the device as a desktop replacement, though the Plugable USB 3.0 dock I’m using had also just arrived. But I had done the early configuration work on the device, installing my default application set and configuring it with my Microsoft account and syncing up my entire SkyDrive. I was ready to roll.

Because of my undying faith in technology (cough), I headed into Boston with just the Surface Pro, a Type Cover, and a pair of headphones. For background purposes, I had downloaded a video of the June 2012 Surface announcement and was watching it with VLC Media Player and taking notes in OneNote. (Both are desktop applications, which should impact battery life more than their Metro equivalents.)

During the meeting, of course, I continued to use the Pro and then again on the way home, and while waiting at South Station later, and I never plugged in the device. All told, I was gone for several hours between the time I left the house and when I returned. Battery life was reported at 28 percent by that time.

But a few thoughts on that. Between that and a later trip, this past Saturday, and also into Boston, I noticed that the battery life estimate on the Power icon in the system tray—which I was of course checking compulsively since I was very curious to figure out the battery life of this device—was never correct. It would report that it was at 55 percent battery life but had just 1:28 remaining, for example, and then last for hours more. This is, I think, an issue with battery life prediction on the desktop, where what you or the machine are doing at that very moment will dramatically change the prediction in real time.

Oddly, though, I experienced my best battery lifetimes when using Surface Pro on the go. So when I say that this machine lasts from 4.5 to 5.5 hours on a charge, the upper end of that scale actually came from my two excursions into Boston. In both cases, I kept using the machine on battery power when I returned home, to see where it ended up. About 5.5 hours, never more.

My lowest battery lifetime occurred in one my “Avengers” runs, and I’ll do some more testing like that, as I’ve done with various other devices. But in this case, I’m increasingly interested in the battery time differences when doing the same tasks—video playback is a great example—in both desktop and Metro apps. (That said, during one of my 5.5 hour runs, I was using VLC Media Player, which I figured would be problematic. Indeed, using this desktop application is one of the many things you can do to trigger the Surface fans.)

One thing I’ll say is that the Surface Pro’s thickness and heaviness doesn’t detract from its use as a tablet. On the Boston MBTA—our illustrious subway—I used Surface Pro solely as a video player with headphones, which is akin to begging to be mugged. But it works well in this configuration, and I think the dual-use nature of this device—productivity with keyboard attached, consumption in tablet mode—is indeed a real selling point. It’s certainly more natural than attaching a keyboard to an iPad.

So, this is just a first step out into the real world. More testing will follow, as will more and longer trips. I’m heading to New York on Friday on the train, and that will be another chance for testing, as will be a mid-month vacation to Mexico. So you can expect more notes about this kind of usage.

Next up, I’ll discuss how I replaced my desktop computer with Surface Pro and that USB 3.0 dock. It wasn’t pretty.