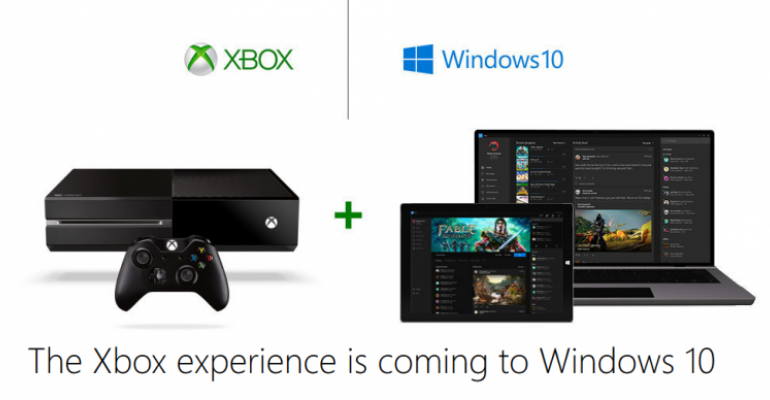 Gaming across Windows brief by Phil Spencer at GDC 2015

Today out at the Games Developers Conference in San Francisco the head of Microsoft’s Xbox business, Phil Spencer aka @XboxP3 on Twitter, provided more details about gaming across the entire Windows ecosystem.

Unfortunately, the briefing is not being live streamed for some reason but I wanted to share the details with you so I am summarizing Phil’s remarks through the Twitter account of Paul Britton who does marketing for Xbox and Band.  I know it is a bit unorthodox but hey – it is one method to report the info/details as soon as possible.

I suspect there will be a blog post to follow all of this up and when it does go public I will be sure to provide a link to it.

Here are those highlights:

- New partnership with Frontier to release Elite Dangerous on the Xbox.
- Gaming should cross all screens and platforms – Windows 10 will enable this.
- The number one thing people do in app stores is buy games. Xbox is already in the Windows Store on Windows 8.1 but will be an even bigger piece of the store in Windows 10.
- Pinball FX is a new partner in this and game tables purchased on one Windows 10 platform will be accessible on other Windows 10 devices/screens.
- A full Xbox Live SDK will be released today and continue to roll out over the next several months so all developers can access it and use it in their games.
- Direct X 12 will also be the core to gaming across Windows 10. Already finding that Fable Legends, from Lionhead Studios, has seen a 20% increase in graphics performance moving from Direct X 11.
- First party developers/studios are already working on game for Hololens.
- [email protected] titles will also be coming to cross platform gaming on Windows 10.
- A new wireless adapter for Windows will be released later this year that will allow you to use your Xbox controllers with your Windows 10 machines.
- One of the new games coming to cross platform gaming on Windows 10 is called Gigantic. You can sign up to test the game at GoGigantic.com.
- According to Spencer he feels like everything is coming together for the best cross platform gaming experience ever.

This week is full of sessions at GDC to help developers learn even more about these changes and get started bringing their own offerings to the Windows 10 platform including Xbox.

It looks like the demo we saw back in January during the Windows 10 consumer event was only the tip of the iceberg.

As I am wrapping up the blog post about this event has now gone live at the Xbox Wire news site.

This is just a first look at some of the exciting updates coming that will make gaming even better on Windows 10 and Xbox. We will continue to gather feedback from the game development community on our plans to ensure the games and content on Windows 10 and Xbox is the best it can be for gamers and for developers.

A video of his presentation including all the demos will be posted to Xbox Wire shortly.

What do you think about the possibilities for cross platform gaming with all of this news?