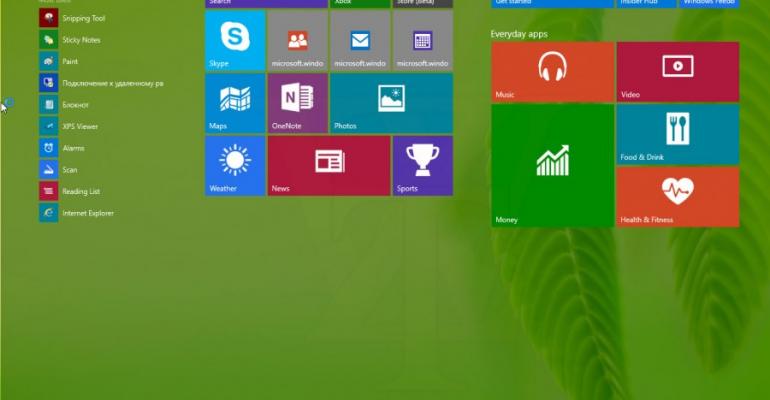 Although we do not know when the next build of the Windows 10 Technical Preview is due to be delivered for Windows Insiders the usual leaks of later builds continue thanks to Windows screenshot leaker Wzor.

In this set of screenshots you can see what is happening in build 10036 of Windows 10.  The speculation by many is that this could be the next build to make it onto the machines of Windows Insiders through the Fast ring but there is no way to be 100% positive that will be the case.  All is quiet on the Microsoft front so far this morning.

Of note in these screenshots:

- transparent Start Menu in both small and full screen versions and some small UI tweaks on the various screens.

- conspicuously absent from any of the screenshots is any evidence of Project Spartan which is expected in the next build of Windows 10.