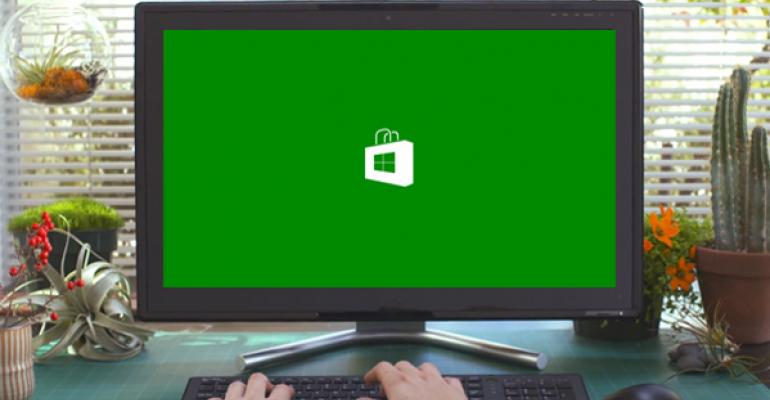 Reliable, safe, and consistent desktop applications should be offered through Windows Store

This one will be controversial, but bear with me for a moment. While Windows RT is correctly viewed as Microsoft’s chance to more quickly shed legacy deadwood than is possible with mainstream Windows, I think its mission can be more clearly stated differently. That is, Windows RT is Microsoft’s chance to change Windows into a more controlled environment, one that is safer and ultimately better for users. And one way Microsoft can ensure this is to also offer well-made desktop applications in Windows Store, for both Windows 8 and RT.

Put another way, while many assume that Windows RT will more quickly jettison the desktop than will Windows 8+, it’s pretty clear that many useful Windows utilities will simply never be adapted to Metro. And while I’ve previously called for Microsoft to extend the Metro environment with support for more advanced applications in Fixing Windows 8, Part 4: Evolve Metro for Pro Apps, that support may never come or may take a few versions of Windows.

In the meantime, or regardless, Microsoft can formally support desktop applications in Windows Store for both Windows 8 and Windows RT. In fact, the mechanisms are already in place. All that’s needed is a Visual Studio 2013 update that will allow developers to target ARM with desktop applications.

Given that Apple essentially offers this exact model with its own Mac App Store, as noted in Apple Gets it Right with Mac App Store, there’s even precedent for offering a more controlled applications environment alongside the freewheeling world of Internet-downloadable applications. (You might also consider this the equivalent of Amazon AppStore compared to the wider-availability Google Play app store.)

Looking at the goals for Windows Store and the new apps ecosystem, it’s not hard to imagine how this system could be adapted to desktop applications and how beneficial this change would be, especially for Windows RT.

Licensing. Today, Metro-style apps downloaded from Windows Store must be licensed to run on 5 PCs and devices that are tied to a single Microsoft account. So, too, could those desktop applications offered through Windows Store.

Taken a step further, Microsoft could formalize other rules for desktop applications, including offer a consistent full-screen mode, that would make them integrate better with Metro-style apps.

Some will try to pick this idea apart. But I’m challenging the assumption that Windows RT is about something as specific as the death of the desktop: I think Windows RT is about offering consistent and reliable experiences, period. And one way Microsoft could accomplish this while offering users real benefits is to curate desktop applications and offering them via Windows Store. Done right, this could eliminate the few remaining disadvantages of Windows RT in particular, but it would also benefit Windows 8 users since all apps (and applications) offered through the store are known to be reliable, safe, and well-made.