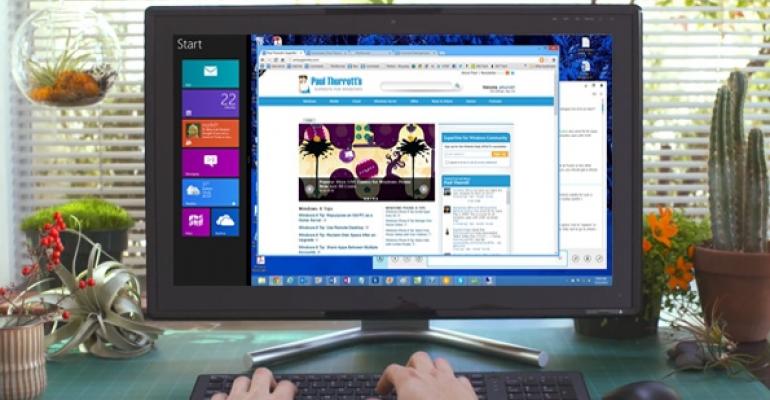 It’s the face of Windows 8. Let’s fix it

The Windows 8 Start screen is fine on tablet devices, but is borderline useless to users of traditional PCs. Fortunately, a few simple fixes will make this crucial user interface better for all users.

This one is a huge area of functional dissonance, and given that it’s a 1.0 implementation in Windows 8, there are clearly plenty of things that need to be fixed. I’ll highlight some of the obvious ones here, but let me know what I missed.

(Note: With these kinds of suggestions, there’s always some well-intentioned soul who mentions that they like things just the way they are. That’s nice. But as is generally the case with these “Fixing Windows 8” suggestions, what I’m really asking for is choice. So you would be able to keep using Windows 8 in its current state if that’s what you want, thanks to more mature customization functionality.)

I’ve suggested this one in the past, but what the heck, it’s needed: Microsoft should allow the Start screen to be used in Snap mode so that it can sit on the side of the screen and be visible at all times, providing tile-based status updates from your favorite apps. I find it odd that the Start screen is the only Metro experience that can’t be snapped, since this is one of the few Metro experiences that actually makes sense in the constricted, thin Snap area.

With the more mature Windows Phone platform, Microsoft has evolved live tiles to support three native sizes, which we might think of as small, medium, and large. But Windows 8 only supports two, medium (square) and large. I’d like to see Windows 8 support up to four tile sizes for even more customization choices, including small (which, like medium would be square, and would be static only) and extra-large, which could provide a larger canvas for in-app information and be ideal for large screen desktop PCs and other devices.

Clock and other status information

Windows 8 is the only mobile environment I’m aware of that doesn’t offer a status/notification area at the top of the screen, and while one might make the argument that this bit of UI would clutter the currently-clean Metro app experiences, it’s a necessity on the Start screen. I shouldn’t have to tap WINKEY + C (or otherwise enable the Charms) to see the time, date, battery life, network connectivity, and other related information. And given how much free/wasted space there is on the Start screen, it’s not hard to image what this might look like. No brainer.

Note: Obviously, the status information could be located anywhere on screen. I’m not a designer.

While I have no problem with Microsoft moving the power choices (Sleep, Shutdown, and Restart) to the Settings pane, these items are not really settings, and should be more readily available from the Start screen. The obvious place is in the menu that appears when you tap the user tile. Today, this menu includes options like Lock and Sign out. Why not Sleep, Shutdown, and Restart too?

Windows 8 currently lets you organize Start screen tiles in visual groups which are segregated from each other and can be named. But when you pin a lot of tiles to the Start screen, you need to scroll off to the right to find what you’re looking for. To evolve this concept into something more usable, Microsoft should consider making these groups collapsible—a concept I wrote up some time ago—or just allow for tile “folders” that would open up in-place similar to iOS folders. More content in less space.