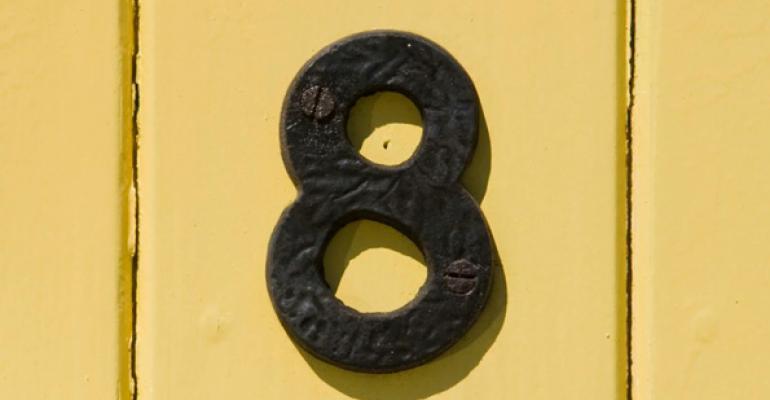 Let's fix Windows 8 together: Maybe Microsoft will even listen

Over the next year, the Windows team will hopefully be spending much of its time fixing the many problems with Windows 8. Assuming this to be the case, I have a few suggestions for where to start. And this first one involves a pervasive problem in this new OS: A user interface that is not discoverable.

I’m speaking this time about the app bar, a piece of UI “chrome” that debuted first in Windows Phone, as is so often the case with these Metro-style experiences. The app bar is analogous to a toolbar in classic Windows interfaces, or the ribbon in more recent offering. It’s a container for buttons that trigger commands.

Microsoft has mostly screwed up the app bar in the various Metro-style experiences in Windows 8 because it inexplicably hides this UI in a bid to make the display simpler and less cluttered. I’m actually OK with doing that in some cases … but only if you provide some indication that the interface does exist and is there waiting to provide more functionality. And in other cases, many cases, the app bar should simply be visible and available all the time.

Let’s look at an example.

Here’s the Calendar app. It’s simple looking, yes. But some of its best functionality is so well hidden that many people will never even find it.

As with all other Metro experiences in Windows 8, Calendar’s app bar is hidden by default. You can display it, temporarily, by tapping WINKEY + Z (where “Z” stands for … what?), by swiping up from the bottom of a touch-screen (or, stupidly, by swiping down from the top), or by right-clicking with a mouse.

None of those actions are obvious, and unless you’re already a Windows 8 expert, your only hope of finding them is by mistake. That is not good design. But here’s what Calendar looks like with the app bar displayed.

Now we’re getting somewhere. In this case, I’d argue that the app bar should simply be displayed all the time. Alternatively, I’d suggest that Microsoft provide some configuration—app-wise, or perhaps system-wise—that would permanently toggle the display of these app bars, which appear in virtually all of the Metro-style apps that come with Windows 8.

But there is another way.

The issue I really have here is with discoverability. And while I understand that once you discover how something works, you’re probably good to go, the issue here, really, is what I mentioned previously: Most people will only discover the app bar by mistake. That means that they may not even know what triggered this display. Cue frustration.

Go figure, but the Windows Phone team—whom I take to be pariahs at Microsoft since the bigger and more important Windows team stole their UX designs and then went in completely different directions with many of them—already solved this problem. They did so by providing a third app bar state that sits, conceptually, between “on” and “off.” It’s a mini, translucent app bar that displays only an ellipsis (“…”) which, in Metro-speak, means “more.” It is a subtle visual indication that there’s more interface available. Here’s what it looks like:

Do you see it? Down there at the bottom is a subtle, translucent bar. And when you tap this tiny area, you get more, in this case what’s called an app bar menu, another little UX construct that Windows 8 could benefit from greatly. The app bar menu in People only has a single item, Settings. But in other apps, like Photos, there’s more:

Surely we can spare a few pixels for common sense.

All this said, I’ll just point out that Windows Phone already does Calendar right: In that app on Windows Phone, the app bar is always displayed, and rightfully so:

For many Metro-style apps, such as the productivity apps, the app bar should simply be visible all the time. I don’t care about getting every freaking pixel for email, or for a text editor. I want options. I want to get work done. I do not want to hunt and peck and try to find things. It’s not a game, Microsoft. And neither should be finding the app bar.

I suspect you have some common sense ideas about fixing Windows 8 as well. Let me know what you’d like Microsoft to fix about Windows 8, and maybe I’ll write it up. And who knows? Maybe Microsoft will even listen.