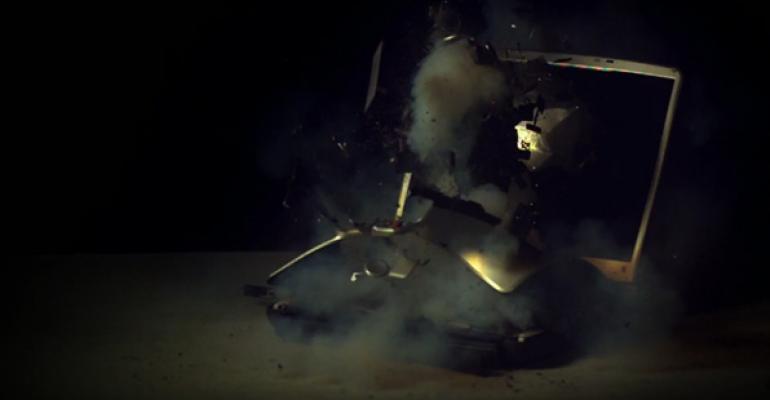 Hot or not? It's hard to say

This week, Microsoft revealed that it has sold over 100 million Windows 8 licenses since the OS’s release late last year. This number is identical to the number of Windows 7 licenses it sold over the same launch-time period three years ago, but well below the 20 million per month average it eventually achieved for that version of Windows. I have a few thoughts about this.

You may recall my article, Explaining Windows 8 PC Sales Over the Holidays, in which I explained that Windows 7’s curiously regular monthly sales were artificially high because of the netbook, which drove the average selling price of the PC down to unsustainable levels. I’ve since heard from several sources in the Windows team at Microsoft who have confirmed this analysis. It’s a fact: Netbooks have perhaps forever altered how consumers view PCs, with most simply refusing to pay more than $400-$500 for a notebook computer.

This article can be construed as a follow-up to the first, and this time around, let’s examine how Windows 8 performed in the first quarter of 2013, its second full quarter in the market.

In my news story Microsoft Has Sold Over 100 Million Windows 8 Licenses in First 6 Months, I spelled out the pros and cons of Microsoft’s quarter:

Pros. Windows 8 license sales in the first six months of availability are identical to those of Windows 7 during the same time frame in its lifecycle. The first calendar quarter of the year is not typically a high point for PC sales. Many potential customers are now waiting for new PC/device models based on new hardware architectures as well as mini-tablets.

These points are easily expressed and easily understood.

But how do we really explain Windows 8 sales? Can some determination be made with regards to whether Windows 8 is really selling well? If so, why? If not, why not?

Windows 8, alas, will always be a nuanced story. There’s no black and white here, and oftentimes I find myself adding “but” to an assertion about this OS since there are always so many contrary points to be made.

For example. With Windows 8, Microsoft has moved more aggressively than ever before to embrace industry trends, in this case to high mobile, touch-based devices … but, it has also alienated many of its 1.3 billion existing Windows users, all of whom use Windows 8 on traditional, non-touch PCs.

The issue is that the PC market is changing and will never be the same. This rankles some people and excites others. For those like me who observe and write about the industry, life is getting both more difficult and more interesting. We can’t just describe PC and Mac sales and come away with any kind of conclusion as we could just a few short years ago. Now we have tablets and smart phones, devices that compete with PCs directly in some ways and not at all in others. With Windows 8, we have a further graying of the lines between PCs and devices courtesy of so-called hybrid PCs, many of which can sometimes be used as a tablet and sometimes used as a real PC.

These changes clearly confuse PC users too. One of the most frequent questions I get these days is some variation of “which Windows 8 PC or device should I buy?” The flowchart you’d need to make to arrive at a good decision would be incredibly complex because everyone’s needs are so different and because, frankly, the market is perhaps too full of very different PCs and devices. Too much choice is bad. (Likewise, it doesn’t help that many of those choices are frankly horrible.)

For all this uncertainty, I can say this: The biggest single issues standing in the way of Windows 8’s success are the same as they’ve ever been: Bad perception and the continued eroding of PC viability as a business due to the continued “success” of PCs with low-ball pricing. That’s right. It’s the revenge of the netbook all over again.

In Explaining Windows 8 PC Sales Over the Holidays, I wrote that the average selling price (ASP) of a notebook PC in the United States in Q4 2012 was $420. Touchscreen notebooks were 4.5 percent of Windows 8 sales with ASPs around $700.  Sales of Windows notebooks under $500 fell by 16 percent while notebooks priced above $500 increased 4 percent. (By comparison, the ASP of a Mac laptop was $1419 that quarter.) Most Windows 8 laptops sold in that quarter were “basically throwaway, plastic crap,” I wrote.

So what’s changed? To quote from the movie "Jurassic Park," “Aliens,” hold on to your butts. You’re not going to believe this.

Think about that for a moment. That’s about the same price as the cheapest Apple iPad mini and about $600 cheaper than the least expensive Mac notebook.

Consider my netbook argument from before. Where the netbook did what I think is irreparable harm to the PC business model, paving the way for today’s cheap and non-touch PCs (devices that are netbooks in all but name), clearly there must be another factor that has contributed to the decline of the PC market and the previously unexpected continued decline of PC pricing.

And there is. It’s the mini-tablet.

With the mini-tablet, the tablet market has taken two interesting turns. First, unit sales have exploded, as evidenced from the fact that tablets have outsold notebooks from May 2012 onward; that’s all because of mini-tablets. Second, the ASP of tablets have come down dramatically thanks to mini-tablets. Where tablets used to start at $500 (thanks, Apple), now they start at $199 (thanks Amazon). And they’re about to get even cheaper: This quarter, we’ll see high quality 7-inch tablets in the $150-$175 range. (Full-sized tablets haven’t outsold mini-tablets since Q3 2011. Now it’s not even close.)

Mini-tablets, even more than full-sized tablets, are obviously purchased as secondary or companion devices. But this means that consumers can stretch out their next PC purchase longer than ever before. And it also means that many will not buy a PC—or at least a traditional PC—the next time around too. Many will simply forego PC purchases in the future because they’ll discover that some combination of smart phone and tablet/mini-tablet is enough.

Microsoft is addressing this surge in mini-tablets, belatedly, with Windows 8.1 “Blue” and a new generation of devices, including an 8-inch Surface that will appear later this year. But that didn’t help them in Q1.

OK, that’s the low-end of the market. The volume part. But what about the high-end? I had also argued that for Windows 8 to succeed (and reach or exceed that 20 million licenses per month figure) the average selling price of touch-based PCs and devices was going to have to come down. Have they?

Not yet. The average selling price of touch-based notebooks has remained unchanged since the launch of Windows 8, about $750. Aside from close-out deals, you have to spend at least $500 to get touch on a Windows 8 notebook.

On the good news front, this part of the market is all PC: Tablets are increasingly much less expensive (except for Apple’s) and Macs are all more expensive: The cheapest Apple notebook is $999. If Microsoft and its partners can get the cost of touch-based notebooks down, they won’t just own the most valuable part of the market—PC makers make a healthy per-unit profit at $750—they’ll potentially expand it with touch to upgraders. Consumers, increasingly, will expect touch on all their devices.

In Q1, Windows 8 was held back by a struggling economy, a normal seasonal downturn in PC sales, the continued contraction of the PC market due largely to mini-tablets, the continued negative perceptions of Windows 8 (whether real or imagined), and a glut of cheap, non-touch Windows 8 notebooks. I don’t believe that comparisons to Windows 7’s first six months are necessarily fair given how much the PC market has changed in the interim. But then I also feel that Windows 8 sells to a market that is potentially much bigger than that targeted by Windows 7.

Is Windows 8 a success or failure? I don’t know. But it’s certainly an interesting thing to study. And that’s something that will continue to be the case throughout 2013.