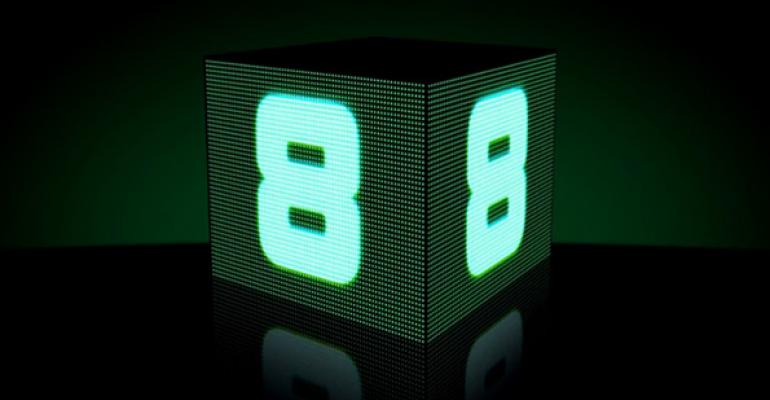 Dialing Back the Crazy on Windows 8

While Windows 8 has not met Microsoft’s internal projections, others have taken this story and run with it in different directions. According to other blogs and web sites—most of which quote my original story though none have ever reached out to me for more information—Windows 8 is not selling well, is a Vista-like disaster for Microsoft, and may be the downfall of the company itself. Folks, get real. It’s time to dial back the crazy.

As is so often the case, the simplest of assertions is taken wildly out of context. Ten days ago, I published Windows 8 Sales Well Below Projections, Plenty of Blame to Go Around, about a day after I received the information that sits at the heart of that story. My original intent was to publish this as a news article, which would have consisted of the first part of that post’s title: Windows 8 Sales Well Below Projections. But as I wrote it up, it occurred to me that the blame Microsoft aimed at PC makers was perhaps not the only cause for this internal miss. So I added the second part--Plenty of Blame to Go Around—which focuses on my own speculation and best-guesses about why Microsoft didn’t hit its internal sales goals for Windows 8.

Cue the blogosphere, which turned this simple post into the source for whatever anti-Microsoft assertions they wished to make. Cue questions even from some readers, wondering why I would turn on Microsoft.

Some well-meaning bloggers and reporters immediately decided that it was far too early to “judge” Windows 8 sales, as if I were doing that. In fact, Microsoft had already internally communicated that Windows 8 sales had not met their internal projections, and while they blame the PC makers, my post tried to balance things out with other issues that I think could have contributed to this internal miss.

Since then, I’ve heard from multiple sources at Microsoft about these missed projections. And while I’m sure the next public Windows 8 unit sales milestone will paint a pretty picture—it’s Windows, folks; this thing sells in the millions regardless of what anyone thinks about it—the one thing that is consistent is that the company does in factblames PC makers internally. And now I know why.

First, while PC makers had announced a wide range of launch PCs and devices, many weren’t even delivered to retail in time for the Windows 8 launch. I actually noticed this at the Microsoft Store in Bellevue, Washington the week after the launch: Microsoft was only selling four non-Surface devices, and when I asked about that, I was told that was all they got. If you had visited a Microsoft Store in the weeks before the launch, you would have seen many Windows 7 PC models.

Second, a source at Microsoft tells me that PC makers did not manufacture PCs and devices in the quantities needed to support the Windows 8 launch. With more hardware arriving since the launch, some feel there is still time to recover for the holiday selling period, but that’s an open question.

It’s nice to get a bit of color on the original assertion. But the story hasn’t changed at all, even though many are contorting it to their own aims: Windows 8 hasn’t met Microsoft’s internal sales projections. We don’t know what those projections are, and this doesn’t mean that Windows 8 isn’t selling “well” or to the volume that Windows 7 sold during its own launch window, or whatever else. It means only one thing: That Microsoft had expectations about Windows 8 sales at launch, and those expectations were not met. End of story.

So, please. Dial back the crazy. Windows 8 is a bold bet for Microsoft, a “long game” move that establishes this OS as a first class mobile platform that works on a very wide variety of device types. We can debate whether it’s successful, or whether it works better on tablets than on PCs, or whatever. But that’s a different conversation. And I expect the conversation about Windows 8—sometimes heated, I guess—to continue for some time to come.