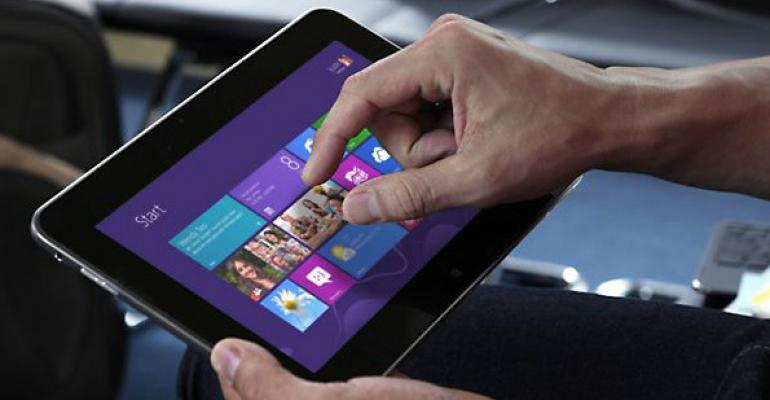 Dell Speaks on Windows RT. Why?

Windows RT has a future, Dell says. Does it have a present?

While the jury is still out on Windows 8, the verdict on its ARM-based sibling has been decidedly negative: Most feel that Microsoft should simply abandon the fledgling OS and focus on the more compatible and powerful mainstream Windows product. But this week, Dell voiced support for Windows RT, raising some interesting questions. Is this just a close Microsoft partner falling in line, or does Windows RT really have a future?

Microsoft last month came out in defense of Windows RT, using language that suggested, to me at least, that Microsoft sees the product as a long-term play, not something that makes sense for most people today. That happens to be my view as well, though I’m iffy on the future because it requires a lot of assumptions to come true as well: The ecosystem needs to grow, especially on the app side, removing the reliance on the desktop applications that don’t run on Windows RT and never will.

This week, it was Dell’s turn. I had to do a bit of looking around to see where and why these comments were made, since a number of tech news sites and blogs had similar headlines. And one thing is clear: This was a concerted media blitz, with Dell speaking to multiple tech sites/blogs despite having nothing new to announce. In other words, this is an example of Dell doing Microsoft’s bidding.

Here’s what was said.

“Demand [for Windows RT] is not where I would like it to be at this point in time,” Dell’s Neil Hand told CNET. “The amount of market information about it is not good enough, and the market sentiment is still pretty negative … [the availability of apps] has not been as strong as it needed to be [so far].”

“It’s turned slower than we were hoping at this point in time,” Hand told IDG. (This article was printed differently in both Computerworld and PC World.)

Windows RT isn’t as bad as people think it is

“If you go off and manage the communication, [the consumer response to Windows RT] is actually really good,” Hand said.

Windows RT will make more sense in the future

Echoing my primary theme about Windows RT—it’s a product for tomorrow, not today—Hand referenced the platform agnostic nature of Windows.

And prices need to come down, another one of my standard complaints. “We’ll over time make sure we are strong and aggressive in the consumer price/consumption driven piece of the market,” he said.

“The return rate for the XPS 10 [Dell’s current RT tablet] is comparable to what we would have expected in any new product category, versus some of the numbers that have been reported out there that are really bad.”

"I have not slowed down my development activities on both Windows RT and next-generation Windows 8 tablets," Hand said.

Put another way, Dell has no plans to make another Windows Phone handset.

And Dell will continue focusing on 10-inch tablets, which is interesting given the current push to smaller devices. “Upcoming [Windows RT] tablets will be lighter and faster,” Hand told IDG.

And just in case it’s not clear this was a Microsoft-sponsored media blitz, consider these two quotes.

"The PC market is still huge and is not going away,” Hand said. “There's still a huge opportunity for everybody to grow.”

“The PC market is evolving and highly dynamic,” a Microsoft spokesperson said, noting that the company was working with its partners to “bring even more innovation to market across tablets and PCs.”