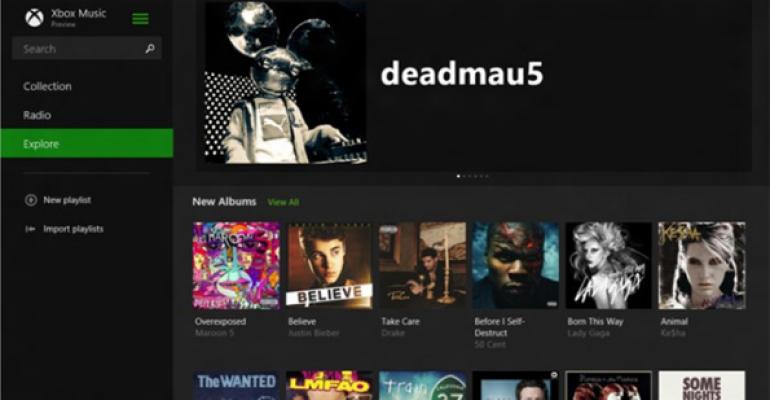 Will Microsoft finally get Xbox Music right in Windows 8.1?

Along with next week’s release of the Windows 8.1 Preview, Microsoft will also issue a long-awaited major update to the Xbox Music app, one that will hopefully bridge the functional issues with today’s app. Looking at some leaked screenshots, however, it’s not clear that the new app will answer critics, despite a striking new look and feel.

You may recall that in March I reported that the Xbox entertainment apps were due for a “big overhaul in June/July.” And while these apps also include Xbox Video, Xbox Games and Xbox SmartGlass, the biggest issue here is Xbox Music, which is lackluster at best. One of my best sources at Microsoft told me the first was well aware of the issue with that Xbox Music, and that there were 500 people working to fix the problems.

Today’s Xbox Music app uses a panoramic user experience that is common to the Xbox entertainment apps in Windows 8. But it’s also hugely inefficient, and walls off your own content from store content.

According to the leaked shots, the new Xbox Music app—which I’ll call Xbox Music 2.0 for simplicity’s sake—adopts a new, one-screen navigational model as well as a start black and green UI.

In this new version of the app, you can change the view by selecting a choice on the left: Collection (your own music collection, including cloud-based music), Radio (what used to be called Smart DJ), and Explore, which appears to be a front-end to Store content.

In today’s Xbox Music, Radio (Smart DJ) and Collection are walled off together and use a different UI than the front of the app. In Xbox Music 2.0, these items are all commingled in a way that makes more sense. So rather than a horrible looking list view, the new app shows a standard tile-based view for Radio and other collection items.

Looking at the default Collection view, things look different but ultimately offer the exact same views and capabilities. You can view by artists, albums, and songs, and can sort between on-PC and cloud music, and via various criteria like by date added, alphabetically, release year and so on.

The key to the success of this app can’t be shown in any screenshot, however. Instead, we’ll need to actually use the app and see whether it can accurately match music from users’s collections to the cloud, and then allow users to upload music that can’t be matched to their cloud collection.

Will it work? We’ll know in about ten days. Stay tuned.