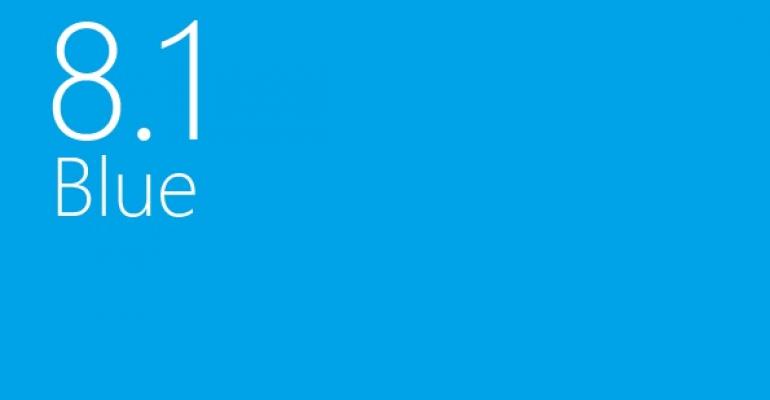 It's true: Blue will be called Windows 8.1

Rafael and I originally intended to write  post this morning revealing that the official name of Windows 8 “Blue” will be Windows 8.1. But we got scooped. So now we can at least confirm this information is correct.

Mary Jo Foley beat us to the punch with Microsoft's Windows Blue looks to be named Windows 8.1 on ZDNet this morning. We’ve been MJF’d! :)

Anyway, she is correct: Windows 8 Blue will be officially named Windows 8.1. (And as noted in the first leaked build, the actual version number internally is 6.3.) And since there’s not a heck of a lot more to say about that, here’s an original screenshot.