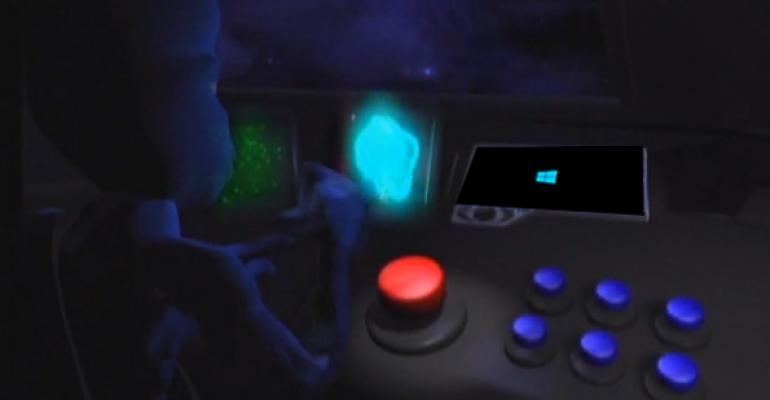 Windows 8.1 “Blue” build 9385 leaked earlier this week and I’ve been running it in a virtual machine ever since. Today, as I apply this build to a physical PC, I’d like to provide a quick update about the handful of changes we can see so far.

In Blue’s Clues: Kiosk Mode, I wrote about a new Windows 8.1 feature called Kiosk mode that provides a way to run a single application only, so that it can be left running in a public place like a museum, airport, retail store, hotel, mall or similar. Kiosk mode is still available in build 9385, but it has been renamed to Assigned Access for some reason. The user interface is otherwise identical to that in previous builds.

In Windows 8 today, you can have two types of apps that provide status and notification information to the lock screen, including multiple apps for “quick status” and one, like Calendar, for detailed status. Windows 8.1 is adding a third type of lock screen app, called an alarm app. In the current build, there’s no way to get this to work, even after you’ve registered the new Alarms app as the “system alarm app.” So clearly more is coming.

Mary Jo Foley tipped me off today to a new automatic desktop screen scaling feature that appears aimed at fixing a long-standing issue with Windows. By default, Windows 8.1 will now automatically scale the desktop based on what I assume will be some combination of screen size and DPI. You can see this new setting in the Display control panel.

Uncheck it, and you get the old manual display scaling options, with a new value, Extra Large (200 percent).

Rafael covered this one over at Within Windows: Windows 8.1 will include PowerShell 4, with an incredible range of built-in commandlets related to systems management, storage, networking, Windows Defender, and much more.

The IE developer tools getting upgraded. In Windows 8/IE 10, these tools are opened as a pane within the current browser window. But in Windows 8.1’s IE 11, the tools open in a separate windows and look significantly different.

I’m sure there’s more happening in this build—I’ve heard that the Camera app included a built-in version of Microsoft’s amazing Photosynth tool, for example—but I’ll report back once I’ve spent some time in this build on a real PC. And who knows: Given the way things are going, we could see another leaked build soon as well.