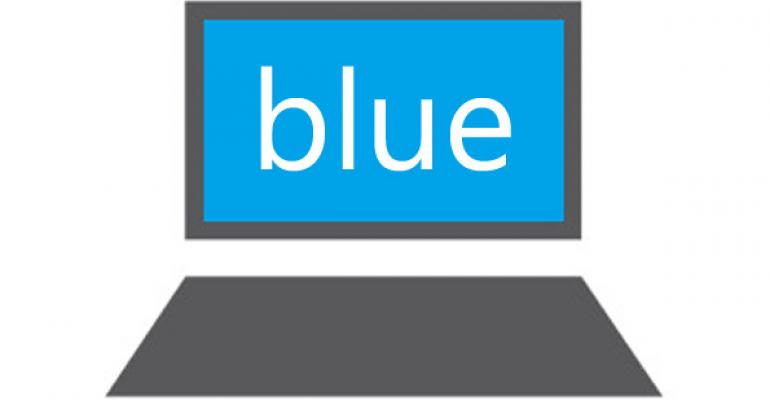 Blue sounds great, but we need fixes and improvements now

In what can only be described as a high-tech version of Stockholm syndrome, Windows fans now have all their hopes wrapped up in “Blue,” a set of “year one” updates to Windows 8 and related platforms that will supposedly right all the wrongs of the original releases. I don’t want to rain on this well-intentioned parade, but I think it’s time for a little common sense. Blue will surely be an improvement. But don’t expect a panacea that fixes all of the problems with Microsoft latest platforms.

I’ve not written formally about “Blue” yet, but here’s what we do know. And to be clear, the vast majority of this information comes courtesy of Mary Jo Foley, who’s uncovered a treasure trove of details about Microsoft’s plans for the future.

Blue is the code-name for a wave of updates to Windows 8/RT, Windows Phone 8, Windows Server 2012, and Windows services such as Outlook.com and SkyDrive. These updates will be released roughly one year after the general availability of each of these platforms, at roughly (but not exactly) the same time.

Blue is scheduled for a summer 2013 RTM and Q3/Q4 release. Shipment times will vary by platform, of course.

Blue is a feature-pack/service pack. While Microsoft has formally ended development of service packs for most currently-supported platforms, it’s helpful to think of Blue as a combination feature pack (an update that adds new features) and service pack (and update that fixes bugs). Why? Because that’s exactly what it is. In the past, Windows service packs were released by Windows Sustained Engineering, while the group that created the original OS moved on to the next major release. This is true of Blue as well, Mary Jo reports: WSE is creating Windows Blue, just as they had created releases like Windows 7 Service Pack 1 in the past.

Blue is the start of something new. As alluded to above, with previous versions of Microsoft’s on-premise platforms (Windows, Windows Server), different teams would handle different aspects of the platform’s lifecycle. And while that’s not changing, what is changing is the schedule. Instead of major releases every three years with services packs in-between, Microsoft’s major platforms will be updated like online services, with new releases on much faster time frames, usually quarterly. Blue is a bigger deal, however, because it is the first major release to revolutionary new platforms. So it will be a big-bang release that ships roughly one year later. I expect Microsoft to begin (or continue) pushing smaller updates out to these platforms, more frequently after/aside from Blue.

Windows Blue will include new features for Windows 8/RT. According to a recent job posting, Windows Blue will “build and improve upon the Core Experience features of the OS … including the Start screen, application lifecycle, windowing and personalization … enhancing ease of use and the overall user experience on devices and PCs worldwide.”

Windows Phone Blue will include “reimagined” Office Mobile apps that will share code with coming Office Mobile apps for Windows 8/RT. These apps will have a “consistent experience … across web, tablets, and phones.” Yes, Metro versions of Office are on the way too.

Yes, Windows 9 is coming too. While Blue essentially speeds up development cycles for Windows 8/RT and Windows Server, and aligns them more closely with the existing development cycles for Windows Phone and Microsoft’s online services, this release and the new development plan don’t spell the end of major releases. Windows 9 is of course happening and is under development now, and will ship roughly three years after Windows 8, as you might expect. Microsoft won’t keep a product called Windows 8 in the market for over a decade or whatever. They still need new product versions that partners can advertise alongside new PCs and devices.

So this is all very interesting, of course. It’s also surprisingly obvious when you think about it. There’s nothing in this list of facts about Blue that anyone reading this site hasn’t at least considered. And that’s troubling.

See, the thing is, Windows 8 is broken right now. It’s got a lot of built-in apps that don’t work properly, or well, and they’re connected to a lot of online services—especially the terrible Xbox entertainment services—that are in need of even more work. So while switching from a once-every-three-years to once-a-year schedule sounds great, the truth is that Windows 8/RT and Windows Phone 8, in particular, needs to be fixed before one year. They need to be fixed now.

With Windows Phone 8, we know that Microsoft will deliver a handful of updates before Blue and that one of those updates, “Portico,” has in fact already shipped. But there’s been precious little movement on the Windows 8 front, and the embarrassing nature of those built-in apps is something that Microsoft can and should fix immediately and on an ongoing basis. Are you really telling me we can’t get a unified inbox view in Mail and working music matching in Xbox Music before October 2013? Really?

So, yes, please, look forward to Blue and hope that it fixes problems. But also expect more than that, people. Microsoft just delivered a couple of woeful works-in-progress in order to meet an artificial release schedule. Customers who actually paid for these products should expect more than to wait a year for the fixes.