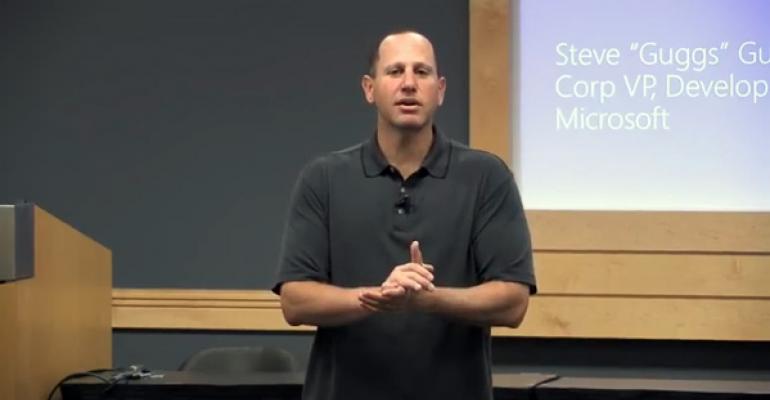 Calling all iOS and Android developers

You can find the videos at the App Builder Virtual Summit web site. Available sessions include:

Keynote: The Windows Opportunity. Microsoft corporate vice president Steven “Guggs” Guggenheimer discusses how Windows 8 brings a new opportunity for developers. You can create immersive app experiences, reach more people on more devices, and make more money on your terms. With 100 million Windows 8 and Windows RT licenses sold in the first six months, this is an opportunity you certainly want to capitalize on!

Top Apps Show and Tell: "Draw a Stickman: EPIC". WithJonathan Peppers, Lead Developer, Hitcents. Some of the biggest consumer brands have partnered with Microsoft to create striking apps which take full advantage of the Windows 8 platform and the capabilities it offers. Learn from Hitcents, as they share their experience and best practices.

Top Apps Show and Tell: Photon Infotech. WithYorke Rhodes, Vice-President, 72 Pixels (a Photon Company). Tune in to learn how Photon Infotech is integrated the Windows 8 and Windows Phone platforms into their portfolio as they help major consumer brands bridge the gap between the marketing and IT departments with stunning and highly engaging apps.

Top Apps Show and Tell: Nascent Digital. With Shawn Konopinsky, CEO, Nascent. Nascent Digital creates powerful digital experience for their customers. They will share their journey with the Windows and Windows Phone platforms, and how that's translated into a the wildly popular and enticing tumblr app for Windows Phone.

"But I'm an iOS Developer..." With Evan Kirchhoff, CTO, Qubop Inc. Are you an iOS developer? Then you'll love Evan's first party testimonial of the Windows 8 platform and his development experience. He will also share his tips on what iOS developers can expect when starting development on Windows 8.

Android Developers: Expand Your Portfolio. WithSusy Christiansen, Founder, Busy Bee Studios, Inc. You’re an Android developer and think Windows 8 development isn’t for you? Think again. Learn from Busy Bee Studios’ development experience on Windows and how they expanded their potential by adding the platform to their portfolio.

Windows 8 Meets YoYo Games. With Malcolm Collins, Game Producer, YoYo Games. GameMaker Studio is now available for Windows 8 and Windows Phone! Tune in and learn how easily you can create games for Window with this game development framework. Whether you are an entry-level novice or seasoned game development professional, you will find value in this new development tool.

Numbers Talk: Monetizing your Windows 8 apps. With Kevin Ashley, Technical Evangelist, Microsoft. Numbers talk. Learn how Kevin has earned over $100k with his app in store through in app purchase and advertising. If you're lucky, he'll share his learnings with you along with some tips and tricks.