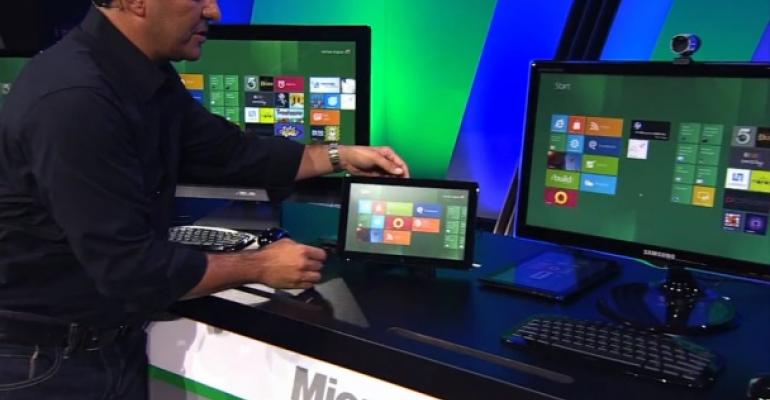 Microsoft Comes Out in Defense of Windows RT

But it’s really an admission from the company that the platform is about the future, not today

I have no idea why Microsoft chose CNET to make its case for Windows RT. But looking at what Microsoft corporate vice president Michael Angiulo told the publication, I see some very familiar phrasing.

“[Windows RT] was a ton of work for us and we didn't do the work and endure the disruption for any reason other than the fact that there's a strategy there that just gets stronger over time,” he said. “Looking at things now like power performance and standby time and [fanless] form factors. When we launched windows 8, it was really competitive with a full-sized iPad. A lot of that was made possible by the ARM [chip] architecture.”

Looking at just these couple of sentences a few things stand out immediately:

Disruption. Windows RT is a revolution, not an evolution. That also means it’s not for everyone … for now.

The strategy just gets stronger over time. Windows RT is the future not the present. I’d word this one a bit different, in that I think the strategy only makes sense over time, and that Windows RT makes absolutely no sense for any customers today.

Power performance and standby time and [fanless] form factors. (Or is it power, performance standby time and [fanless] form factors”? We can’t be sure.) But these aspects of Windows RT are today all present in systems based on Windows 8 and the Atom “Clover Trail” platform, which has the added benefit of being 100 percent compatible with all existing Windows software and hardware, unlike Windows RT/ARM.

“I you look forward a year or two and you look at the performance output of ARM chips, those are some really capable chips,” Angiullo notes. “I think it has a very bright future.”

A really bright future. That could be. But looked at today, with the current generation of hardware, Windows RT just isn’t a viable option. It’s a terrible combination of underperforming hardware combined with a complete lack of compatibility with Windows software and hardware and a new, unproven platform. It’s a huge bet to ask users to make, as I’ve repeated many times. And while others are only now coming around to the notion that today’s Windows RT/ARM solutions can’t compete with Windows 8/Atom “Clover Trail,” I made that case over four months ago in Windows 8 Architecture Wars, Part 1: Clover Trail vs. ARM.

Nothing Angiulo tells CNET changes that central argument: Yes, the core benefits of “Metro” and the Windows RT experience—which is essentially that “pure” Metro experience—may be big advantages someday. But that assumes this platform becomes a lot more popular with users and developers. We’re still a ways from that.