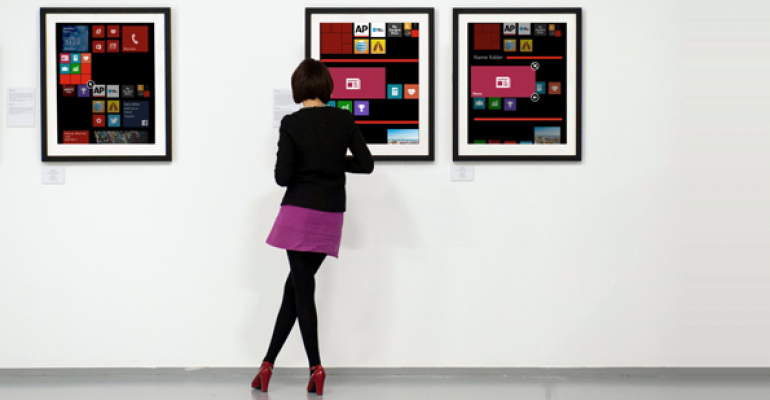 After just a few days with Windows Phone 8.1 Update 1, it's pretty clear that Live Folders is the new marquee end user feature in this release. And while it's too bad we had to wait for a capability that Android and iOS have had for a while now, give Microsoft a bit of credit: Their implementation is superior and unique to Windows Phone.

Honestly, I wasn't sure I'd ever use this feature. I use folders sparingly on Android and iOS, and figured that Windows Phone's live tiles sort of removed the need for such a feature. But now that I've been playing around with Live Folders in Update 1, I'm hooked. And it will forever alter the way that I lay out my Start screen and dramatically increase the number of tiles I pin there.

Your mileage will vary, and I fully expect to hear from people have thoroughly embraced this feature and those who are openly disdainful of it. But that's the point, isn't it? You can use it or ignore it, and if you choose the latter, Windows Phone will work exactly as before.

And here's a fun fact I've discovered: If you upgrade a phone to Update 1 and then reset it (and, presumably in the future if you buy a phone with Update 1 preinstalled), you will see that Microsoft provides a single pre-made Live Folder on the default Start screen. Called "Music+videos" in honor of the now-gone Music + Videos hub (the Windows Phone guys never could figure out capitalization or title spacing), this folder includes tiles for the Music, Video, FM Radio and Podcasts apps. I added MixRadio and Audible to it as well.

To open a folder—which expands the folder in-place in the center of the Start screen—just tap the tile. Closing the folder is a bit trickier, though I suspect I'll get used to it: The only reliable way is to tap that folder tile again, as you can't just tap outside the folder anywhere as you can on Android and iOS. (If you can find an empty space on screen, however, that will work.)

Update: I updated this paragraph for all you pedantic types in Comments. Truth is, folders take up a lot of space in Windows Phone and they're hard to close unless you just tap the tile as I note here. --Paul

I've loaded up my recently reset Lumia 635 (and now my 1520, too) with a number of folders—Bing apps, Camera+photos, Office, and Read, for example—and enjoy the density of content it brings to the Start screen. But I also noted above that Live Folders were both superior to folders on other mobile platforms and unique to Windows Phone. And they are: You can size tiles inside the folders on Windows Phone, which is neat, and they retain their "live" capabilities. So you can tap and quickly view, say, the Red Sox score from last night's game on the Bing Sports tile in the Bing apps folder. Glance and go, baby.

Creating and organizing folders works as on other platforms and as expected. You just drag a tile onto another tile to create the folder. In a folder, you can tap and hold individual tiles to resize or move them. And you can also tap on the folder name to rename it.

To remove a tile from a folder, just tap and hold to select it and then drag it out (or delete it). To remove an entire Live Folder from the Start screen, remove all of the tiles, either by deleting them and/or dragging them out of the folder.

It's easy to get cynical when a feature arrives a bit later than you'd like on Windows Phone. But in this case, I just appreciated getting it, and that Microsoft got it right.