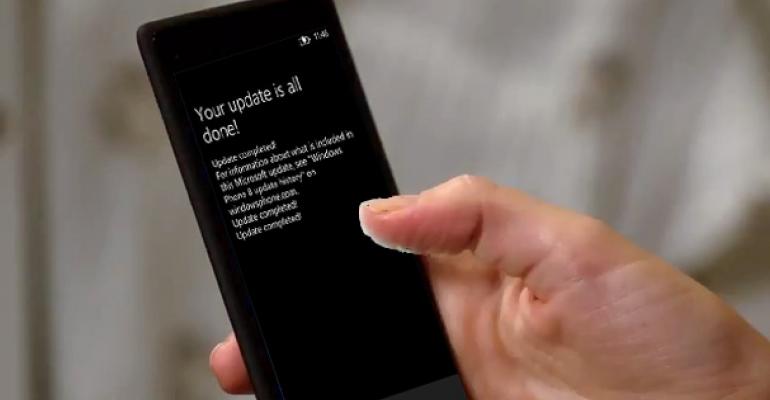 I previously wrote that the first Windows Phone 8 software update, codenamed “Portico” had been delivered to Nokia Lumia 920 and 820 handsets in the US and Canada. This week, the update was made available to the HTC Windows Phone 8X on AT&T, so I got a second chance to review the update process and see the changes this update provides.

You can read about my experience installing Portico on the Lumia 820 in Windows Phone 8 “Portico” Heads Out to Lumia 920 and 820.

Microsoft has published an official list of changes for this update. According to the software giant, Portico includes the following changes:

Text replies to incoming calls. Now you can send a prewritten text reply to a caller directly from the call answer screen when you can't take a call normally. It's a nice way to let people know that you're not ignoring them.

Internet Explorer improvements. You can now change your settings to prevent pictures from downloading automatically—an easy way to help keep data usage low. (Easy and obvious. It’s unclear why this wasn’t a feature from day one.) You can also delete selected sites from your browsing history and leave the rest intact.

Wi-Fi connectivity. Windows Phone 8 will now prioritize Wi-Fi connections based on your connection history, so that your most-often-used networks are listed first.

Here are some screenshots of the HTC 8X making the update happen. The update requires a single reboot.