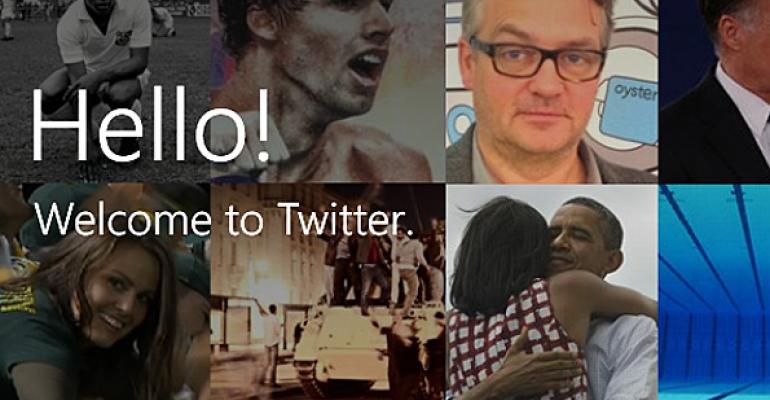 Twitter launches a major rethinking of its app, designed for Windows Phone 8

The original Twitter app for Windows Phone has been around since Microsoft’s mobile platform launched in October 2010, but it’s always been kind of a hit or miss affair, with a strange light blue and white theme and basic features. This week, Twitter updated its app for Windows Phone 8, and the new, 2.0 version sports a much more attractive user experience, plus some native Windows Phone 8 functionality.

New user experience. Instead of the old light blue and white user experience, Twitter 2.0 now offers a more attractive UI with graphical pivots for timeline, connect (mentions, follows, and retweets), discover (search, trending, and categories) and Me (your profile and direct messages).

Native Windows Phone 8 features. Twitter 2.0 lets you add Twitter to the lock screen through the quick status or detailed status. Additionally, you can now pin Twitter accounts, lists, and searches to directly to Start with their own dedicated tiles.

(Microsoft claims that you can “just start a new tweet and speak the text,” but I can’t seem to find this feature.)

Twitter has always been a gotta-have-it app on Windows Phone despite the integrated support for the service, and version 2.0 is even better. You can download Twitter for Windows Phone 8 from the Windows Phone Store. I can’t wait to see a version of this app for Windows 8 and RT.