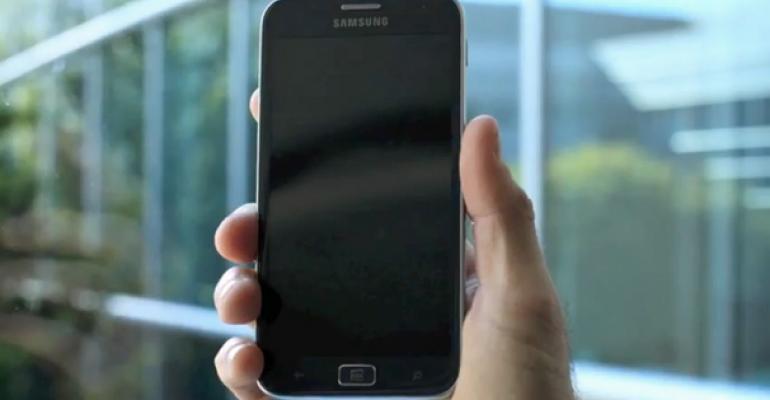 Samsung Windows Phone 8 Handsets Finally Coming to the US

At the Consumer Electronics Show this week in Las Vegas, Samsung finally announced that it will deliver at least one of its two Windows Phone 8 handsets to US customers this year. Both Samsung devices—the ATIV S and ATIV Odyssey—were previously announced, but some mysteries surrounded both.

Actually, there are still some mysteries.

With the ATIV S, which can be considered Samsung’s flagship Windows Phone handset, no US wireless carriers offered the device during the Windows Phone 8 launch period late last year. And this is a device that will certainly appeal to users turned off by the fact that other flagship phones—the HTC Windows Phone 8X and Nokia Lumia 920—don’t for some reason offer microSD expansion or user-accessible batteries. The ATIV S does offer both, and it supports up to 64 GB microSD cards for storage expansion.

Using it briefly at the Windows Phone 8 launch last October—what other blogs would trumpet as “hands-on” though I can’t claim to have spent more than a few minutes with the device—the ATIV S seemed like a big, plastic device (typical Samsung quality, in other words) but with a surprisingly good screen. It’s essentially a Galaxy S III in Windows Phone clothing, with a huge 4.8-inch 720p AMOLED screen, an 8 megapixel camera, and a removable battery.

Oddly, it’s not clear that any US carrier will be offering the ATIV S anytime soon, but I’m hoping that this is the Samsung device Sprint recently promised.

The ATVI Odyssey was mysterious because no one knew what it was. When Verizon announced its Windows Phone 8 launch lineup a few months back, it offered only two of three announced phones, the HTC Windows Phone 8X (which is the phone I use and recommend) and the Nokia Lumia 822. (I reviewed the very similar Lumia 820 and Lumia 810.) But Samsung had previously promised it would deliver a third Windows Phone 8 handset, the Samsung ATIV Odyssey.

Trouble is, no one knew what it was. And neither Samsung nor Verizon were talking.

I speculated at the time that the Odyssey might simply be a rebranded version of the ATIV S, which would have been fantastic. Alas, that’s not the case. As you can see for yourself in Samsung’s announcement, the ATIV Odyssey is sadly just another mid-market Windows Phone 8 handset, with an 800 x 480 display, 5 megapixel camera, and 8 GB of internal storage (with expansion up to 64 GB more via microSD). Nothing to get excited by.

The Samsung ATIV Odyssey will be sold through Verizon Wireless in the “coming weeks.”