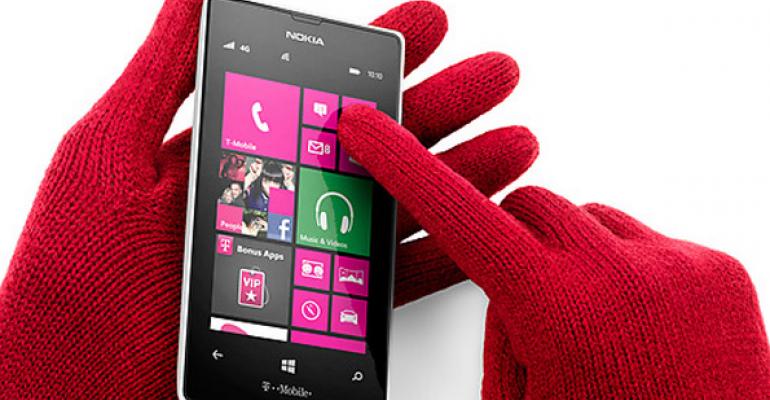 This month, the Lumia 520 raced past the high-end Lumia 920 to become the world’s most popular Windows Phone 8 handset. Here in the United States, T-Mobile customers—or really anyone interested in saving a lot of money—can purchase a variant of this device called the Lumia 521 that costs just $125 without a contract. These devices represent an unparalleled bargain, and not just for Windows Phones, but for smart phones generally.

Stepping back for a moment, 2013 has been an amazing year for the Nokia Lumia lineup, which has expanded in every direction to offer potential customers an incredible range of choices in virtually any market. On the low-end, the firm offers devices such as the Lumia 620 and now Lumia 520/521. For the mid-market, customers are served by the Lumia 720 and Lumia 820 (and its variants like the Lumia 810 and 822). And of course, Nokia offers a range of high-end phones, including the Lumia 920, Lumia 928, Lumia 925 and now the Lumia 1020.

So in this scheme, the Lumia 521 sits decidedly at the low end of the market. And heck it’s only $125—again, with no contract, which pretty much is all many potential customers will want to hear. But here’s the kicker with the 521: This is a nice handset, one whose build quality belies that low price.

(Granted, everyone has different needs and wants when it comes to this kind of thing. Some would prefer a phablet-sized Windows Phone, for example.)

The specs are mostly impressive, given the pricing. You get a dual core 1 GHz processor, 512 MB of RAM, 8 GB of internal storage with micro-SD expansion for another 64 GB, and a 4-inch 800 x 480 “super sensitive” screen that works even when you’re wearing gloves. The camera is 5 megapixels, which is pretty much entry-level these days, but this is a Lumia—and Nokia is pushing that the device has “digital lenses,” whatever that means—so it’s probably pretty darn good. That’s something I will be testing.

Speaking of which, it also comes with that full complement of Nokia HERE apps, including HERE Maps, HERE Drive (but not Drive+, that’s extra) and HERE Transit. And speaking of free, all Lumia users can take advantage of free mix radio in Nokia Music as well.

On the bad news front, there’s no front-facing camera (as there is on the 620 and every other Lumia I own), which is a weird cost-cutting move, in my opinion. (Though to be fair, I have never actually used a front-facing camera. I know people will want this, however.) And of course in this price range you don’t get NFC or wireless charging.

Anyway… I’ll be using this phone more regularly over the next few days and will report back. But up front, the Lumia 521 seems like a killer low-end offering that comes with no contract baggage. Not too shabby.