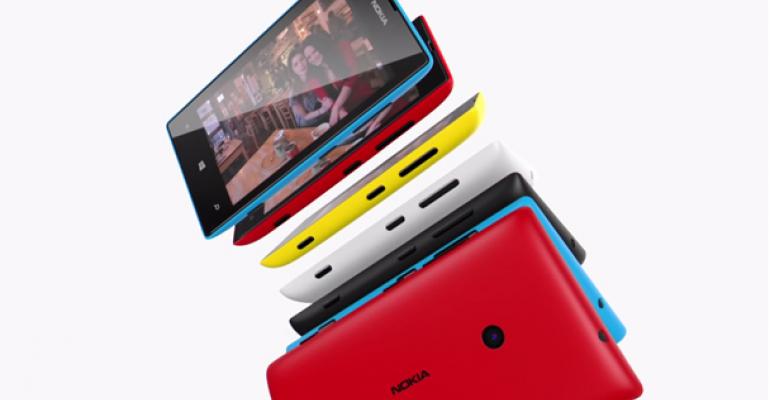 And if you buy today, it's even better

I had intended to save this for a bit later in the month, but with Amazon.com offering a one-day sale on the no-contract Nokia Lumia 520, I had to jump the gun. For all the ways you could spend—and waste—money on technology this year, the biggest value, by far, was Nokia's little mighty mite, the Lumia 520. Available for under $100 all year, this versatile little digital device is an even better value if you buy today. It's just $39.99 at Amazon.com.

Update: After just a few hours on sale, Amazon first hid and then removed the $39.99 pricing. It varies day to day, but the 520 is currently listed at about $80. To be clear, this device is a great value at $99.99. But it's often discounted more, so keep checking Amazon and elsewhere. --Paul

I've written so much about the Lumia 520 that it almost seems redundant to do so again. But please take the time to check out a few resources.

But my article In Praise of the Nokia Lumia 520 is perhaps more closely aligned with the point of today's post, that the Lumia 520 (and similar devices like the 521) represent the single best value in personal technology in 2013. Normally selling for somewhere around $60—and, remember, it's a killer value at $99—the contract-less, AT&T-based Lumia 520 is just $39.99 today at Amazon.

Full-disclosure: It's not perfect. There's no front-facing camera. And with just 512 MB of RAM, a handful of games—fewer than you'd imagine, but we're being honest here—won't run, as some do require 1 GB. It has just 8 GB of internal storage, which is the only place you can install apps and games.

So now you know the downside to frugality. Good news: It's all doable. And the rest is upside.

This thing a great value.

First, it can be used without any cellular contract at all, if you want. Just pop-in the SIM (you want to do that to let the Nokia HERE navigation apps work properly; they use the SIM to determine which maps you can get for free), put it in Airplane mode and enable Wi-Fi (and, if needed, Bluetooth).

It's a great second phone. A great phone for kids. A great phone to pass the time between the smashed iPhone screen and your coming renewal date (at which time the wonders of Windows Phone may have you thinking about switching platforms).

It's a killer media player. You can add a micro-SD card and add 64 GB of additional storage for media. You can choose between Pandora, Spotify, Nokia Music, iHeartRadio, Rhapsody, Xbox Music, Xbox Video, Audible, Netflix, and many other media apps.

It's a killer game player. You will be shocked at the amazing selection, and wonder what all that complaining about apps was about. Windows Phone has great games.

It's a free GPS. Put the 520 in your car and use it like a free GPS with the free Nokia HERE navigation services courtesy of the Nokia HERE Maps, Nokia HERE Drive and other related apps.

At this price, you could pop one in each of your kids' stockings, if you're the Christmas celebrating type. You could leave them around the house. You could get one just as a backup.

Just go get one.