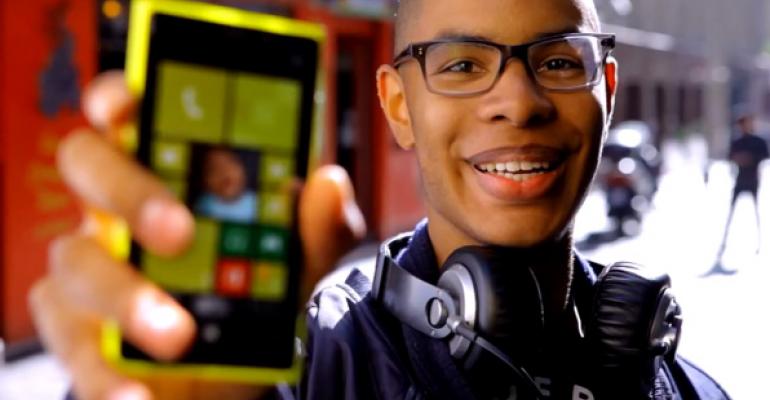 When you're choosing a Windows Phone handset, no other devices have the app collection that Nokia offers

If there’s one thing I hear again and again from Nokia’s most vocal fans, it’s that the firm’s Windows Phone apps—most of which are available only on its own Lumia devices—are in many ways the key differentiator between its products and those of the competition. And they’ve got a point: If you’re considering a Windows Phone handset, Nokia’s sometimes amazing apps need to be part of the decision-making process.

As I wrote previously, there are other considerations, of course, including Nokia’s excellent evolving device designs and an also-unique collection of hardware accessories, many of which I’ll be reviewing in the coming weeks. But when I hear from Nokia’s fans and users, the one thing I hear consistently is that it is the firm’s exclusive apps that really put Lumia devices over the top.

And they’re right. If you choose an HTC Windows Phone 8X or, god help you, whatever mid-level toss-away that Samsung is foisting on us this year, the biggest thing you’ll give up, compared to users of Lumia handsets, is those apps. Yes, there are other advantages to discuss—camera optics comes to mind—but the apps are the big one.

Nokia’s exclusive apps for Windows Phone 8 take two forms. There are of course the apps that Nokia itself creates, and for the most part I’d hold these up as the key differentiator. (And it’s perhaps not coincidental that Nokia, alone among Windows Phone licensees, has bet its future solely on this one platform and has thus really stepped up to the plate in this area.) And then there are also the third party exclusives that Nokia offers to its customers—sometimes in paid form, mind you—that simply aren’t available elsewhere.

If you’re familiar with Windows Phone, you know that there is a “stock” Windows Phone Store experience that includes on-device access to markets for apps, games, music, and podcasts. And you know that there are also two other market in-roads: One for the wireless carrier (AT&T’s is called AT&T Featured”) and one for the handset maker. On my HTC 8X, this is called HTC Apps, and it’s got a fairly sad little collection of apps, some of which are useful and none of which are truly in the “gotta-have-it” category.

On a Lumia handset running Windows Phone 8, you’ll see a Nokia collection inside Windows Phone Store. And unlike the handset-curated mini-stores from other device makers, this one is stocked—overfilling, really—with excellent apps.

There’s little reason to enumerate through all of them, but I would like to highlight some general areas in which Nokia blows the doors off the competition.

Nokia made big news last month when it announced the availability of a new generation of HERE location apps, three of which (HERE Maps, HERE Drive Beta and HERE Transit) are available to all Windows Phone 8 handsets. But Nokia also reserved other HERE location apps for its own Lumia handsets. And those apps—HERE Drive+ and HERE City Lens—are awesome.

HERE Drive+, as its name suggests, is an improvement over Drive, in that it offers turn-by-turn navigation with voice in 94 countries (instead of just your own country, as in Drive), with full offline support (via downloadable maps).

City Lens is a so-called augmented reality app that lets you find what’s around you—restaurants and bars, hotels, shopping, sights and museums, transportation, and much more—through a Maps-like 2D view or, better yet, a camera view in which the locations are overlayed on top of the view through the viewfinder. It’s one of those things that needs to be seen to be believed.

The firm’s photo apps are quite interesting. Creative Studio provides a nice set of photo editing features that expand greatly on the built-in Windows Phone editing functionality. Glam Me provides some fun, sort-of like Instagram photo enhancing, though only for self-portraits (it uses the front-facing camera). Cinemgraph is like an animated GIF app for smart phone photos: It lets you take a still frame and then animate areas of the screen for a very unique cinemagraph effect. Photobeamer lets you display photos from your phone on any screen showing the photobeamer.com web site. And let’s not forget Panorama, a great panoramic photo creator, and Smart Shoot, which shoots five frames for each photo taken, letting you pick the best faces from each, so there are no blinks.

There’s a lot more. NFC Writer lets your phone reads NFC tags. Xpress is a new kind of web browser. Pulse Beta is a new messaging app. And Ringtone Maker … well, you get the idea.

If there’s a downside to Nokia’s app collection—and, honestly now I’m just looking for something critical to write—it’s that the occasional app in there isn’t actually exclusive to Lumias. For example, Angry Birds Seasons is highly placed in the Nokia collection right now, but this 99 cent game is available to all Windows Phone 8 users.

And that’s about all I can say on that note. When it comes to Windows Phone exclusive apps, there’s Nokia. And then there’s nothing else.