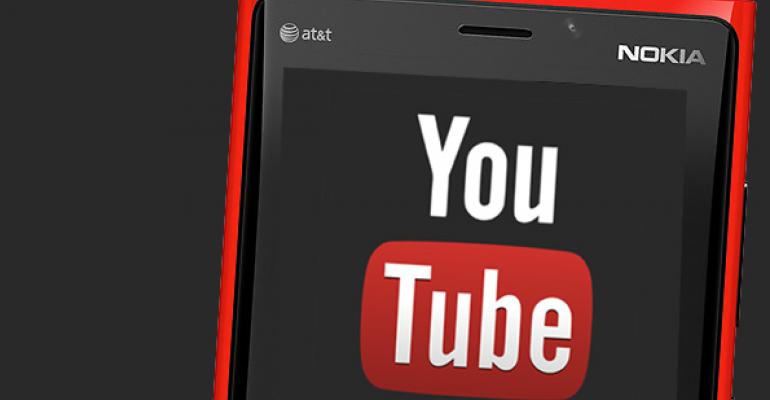 In the wake of Google complaints about the YouTube app for Windows Phone 8, Microsoft today revealed that they have modified the app to address those complaints. The new version of the app is available from the Windows Phone Store, or soon will be.

“Microsoft updated the Windows Phone YouTube app to address the restricted video and offline video access concerns voiced by Google last week,” a Microsoft representative told me. “We have been in contact with Google and continue to believe that our two companies can work together to hone an app that benefits our mutual customers, partners and content providers. We’re earning new customers every day, with IDC reporting recently that Windows Phone posted the largest year-over-year gain among leading operating systems. We look forward to working with Google to maintain a great YouTube experience for the growing number of people who rely on both of our respective products.”

Microsoft originally released the excellent YouTube app for Windows Phone 8 earlier this month, and I immediately wrote it up as my weekly app pick. But a week later, at Google I/O, Google CEO Larry Page issued a bizarre and hypocritical attack on Microsoft, claiming that the firm was taking advantage of Google service interoperability features. Google sent a cease-and-desist order to Microsoft, demanding that it immediately remove the YouTube app from the Windows Phone Store because it “allows users to download videos from YouTube, prevents the display of advertisements in YouTube video playbacks, and plays videos that our partners have restricted from playback on certain platforms (e.g., mobile devices with limited feature sets).”

At the time, Microsoft revealed that it was Google, not Microsoft, that was the problem.

“Google has refused to work with us to develop a [YouTube] app on par with other platforms,” Microsoft said last week. “Since we updated the YouTube app to ensure our mutual customers a similar YouTube experience, ratings and feedback have been overwhelmingly positive.  We’d be more than happy to include advertising but need Google to provide us access to the necessary APIs. In light of Larry Page’s comments today calling for more interoperability and less negativity, we look forward to solving this matter together for our mutual customers.”

Will the new app release mollify Google? I guess we’ll see. They claim to want to end the negativity. This would be a good first step.

The new version of the YouTube app for Windows Phone 8 will be available soon.