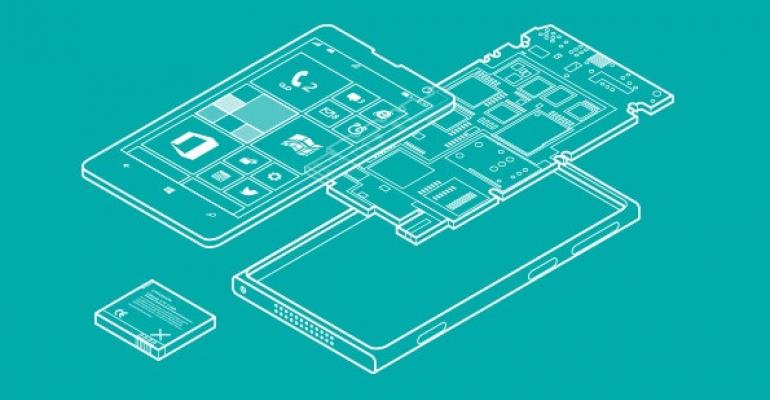 A ton of new features, some very interesting

With Windows Phone 8.1 starting to dribble out to users via the ever-slow wireless carriers, tech enthusiasts have already turned their attention to Windows Phone 8.1 Update 1. To date, there's been very little information about this update, beyond the fact that it was a bucket of sorts for features that didn't make the original 8.1 cut. But thanks to a nice leak from—you guessed it—Microsoft, we now know quite a bit more.

The leaks were made by Microsoft to its OEM partners, those companies that are making Windows Phone 8.1 handsets. Apparently, the site they use to communicate with those companies was briefly left open to the public. So thanks for that.

Start screen folders. Nokia released a hack-tastic solution for Start screen folders in the past year, but Microsoft will now integrate this functionality directly into the OS. It will work just like folders on iOS and Android (where you drag a tile onto another to create a folder) and is obviously an overdue feature, but this is one of those features that was originally planned for 8.1.

Smart case support. Via new APIs, developers will be able to target a new generation of smart cases that have their own displays. You see this kind of thing on Android today, and it seems like a natural extension of the expanded lock screen capabilities in 8.1.

New device sizes. As Windows Phone has evolved, so has its support for ever-bigger devices. In the RTM version of Windows Phone 8.1, handset makers can target devices with screens up to 6 inches in size. In Update 1, this is going up to 7 inches. We're going to need a new term: Phablet just doesn't cut it anymore.

New resolutions. Speaking of evolution, Windows Phone also has seen a steady uptick in the number of resolutions it supports from version to version, with 8.1 adding support for the extra pixels needs for "soft buttons." In Update 1, handset makers can add some new resolutions to the mix, including 800 x 1280 (which is just upscaled from 768 x 1280), and qHD 960 x 540 (which is upscaled from 720p). The upscaling means these new resolutions will require no special work from developers to support. 1080p is still the max resolution, however.

Cortana and in-car systems. You will be able to create a new phone-based address book entry through auto navigation systems.

Windows Phone Store tile. In Windows Phone 8.1, you can resize the Store live tile to small and medium sizes only. Update 1 will not add support for a large tile size, which is weird, but it will turn the tile into a live tile when it's set to medium size.

Network Time protocol support. Not sure what the significance of this one is. Wikipedia reports that Network Time Protocol (NTP) is a networking protocol for clock synchronization between computer systems. Anyone?

Automatic updates. This one is a bit disconcerting. Handset makers will be able to hide the "auto scan for updates" setting on phones they make if they wish. They will also be able to block the use of the SD card for phone updates.

Proximity sensor required. This sensor is optional in 8.0. I wonder if this has anything to do with the smart cover support.

OS compression. As with Windows 8.1 Update 1, Windows Phone 8.1 Update 1 supports OS compression, which in this case will make the system fit more efficiently on low-end devices with just 4 GB of built-in storage. This could mean that the just-announced Lumia 530 actually comes with Update 1, since that device has that curious 4 GB of internal storage limit.

Performance improvements. It goes without saying that 8.1 Update 1 will include performance fixes and other small changes. As is always the case with new OS releases, many users with slower or RAM-inhibited systems will feel like 8.1 slowed things down a bit. Update 1 could help.

Windows Phone 8.1 Update 1 could be finalized as soon as this month and start shipping to users in August via that Developer Preview program. That said, given the protracted Windows Phone 8.1 rollout, I'd be surprised to see this appearing on retail-purchased 8.1 phones before the fall. And I am curious now about the Lumia 530: I bet that device does ship with Update 1.