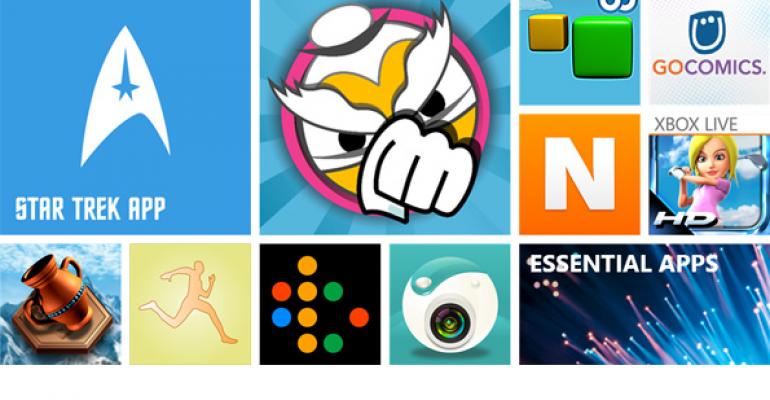 It's not the quantity, it's the quality

It’s always interesting to me how people spin things. For example, this week Microsoft announced that there are now 145,000 apps in the Windows Phone Store. That number should be a cause for celebration, of course. So why are some reporting that Windows Phone has “only” 145,000 apps?

The revelation about the app count number was buried in yesterday’s Microsoft blog post about the Lumia 928. “The Windows Phone Store now has 145,000 apps and games,” Michael Stroh mentioned.

Sounds good to me.

But not to others.

“The lack of applications on the Windows Phone platform is a serious problem Microsoft must fix if it wants to be a viable alternative to Android and the iPhone,” BGR wrote as if it had suddenly stumbled on the hidden story behind the story. “The company on Friday revealed that the Windows Phone Store is now home to 145,000 apps and games, significantly less than Google and Apple’s offerings.”

The tech blogs aren’t the only ones using the language. “That's significantly less than the amount of apps found in both the Google Play and iOS app stores,” a representative International Business Times report reads.

The issue? Both the Google Play store and Apple’s App Store have over 700,000 apps each.

Baloney. Once you get over 100,000 apps, the issue isn’t the count at all. And it’s not growth: In fact, while Windows Phone app count has indeed “slowed,” it is worth noting that the Windows Phone app market is in fact growing. And growing pretty well: Microsoft has added 45,000 new apps to the store in the past 11 months, so we’re looking at roughly 50,000 in the year.

The issue as I see it is twofold. First, is the selection of the “right” apps, where Windows Phone is indeed missing a very small number of important high profile apps like Instagram or Amazon MP3/Cloud Player. And second is the quality of apps, where I can cite specific examples like Amazon Kindle and Audible that are available on Windows Phone but are lackluster in key ways. The Kindle app, for example, doesn’t even let you search your own library. You can only sort the list of purchased books by author or title and start scrolling.

But my real issue with these reports about the 145,000 app milestone is that they ignore what I think is a very interesting recent trend: Over the past few months, a phenomenal selection of desirable and high quality apps has appeared—either newly or as major updates—in the Windows Phone Store. In fact, I’d have to go back to the Windows Phone 7 or 8 launches to pinpoint a time of such numerous high quality app introductions.

It’s so noticeable, in fact, that I’ve called it out on Windows Weekly twice in the past month, and instead of selecting a single “app pick of the week” as I usually do, I presented a list of Windows Phone app picks simply because there were so many. These include:

Hulu Plus for Windows Phone 8