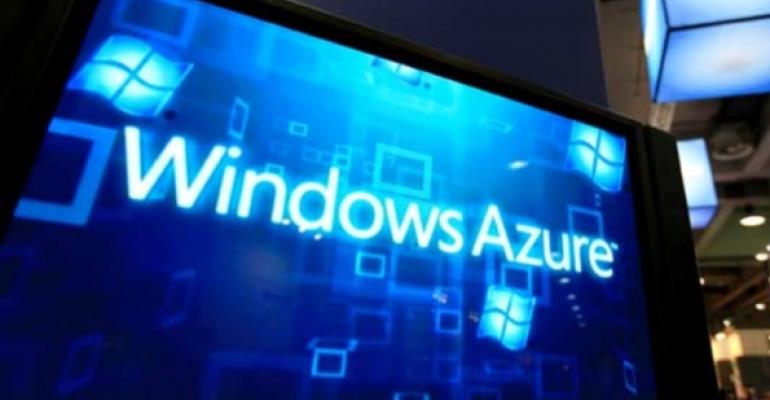 Overview of Windows Azure Infrastructure as a Service

Users who need computing, servers, storage, and networking purchase hardware and application software and install it in their data centers. This purchase cycle can be lengthy because IT organizations require pricing, purchase orders, and subsequently manpower to install and maintain the hardware and applications. Often this infrastructure is under-utilized because applications are not used every day of the month and servers are often sized for more compute power than required. Virtualization achieves some economies of scale as servers are virtualized and IT organizations achieve optimal hardware utilization. However, end users are still dependent on IT to purchase, configure, and deploy physical or virtual servers.

Public infrastructure cloud computing provides individuals and organizations with raw computing, servers, networking, and storage as a utility. This public cloud service is called Infrastructure as a Service (IaaS). Users of a public cloud computing utility pay only for the service utilized and most importantly end users can self-service their computing needs by creating virtual servers, networks, and storage as required.

There are many public cloud vendors, such as Amazon Web Services, Rackspace, Terremark, and Microsoft Windows Azure. Public cloud IaaS can be compared with internal server deployment in the following table.

This article compares Microsoft's IaaS offering, Windows Azure, to Amazon Web Services (AWS), which is widely recognized as the market leader in public IaaS, and focuses on the basic task of deploying a virtual server, storage, and some of the associated security and identity features.

Windows Azure is an IaaS platform from Microsoft. This service allows users to create virtual machines (VMs) in the cloud, either a raw server image or a customized server with applications, features, even a development platform.

There are three methods for creating a VM:

I tried the "quick create" for a Windows VM called "jgershater." Once I choose the OS, size, and geographical regions, I'm done.

I can use standard Windows RDP to access a server, although the public port is randomized in WindowsAzure.com and mapped to the standard 3389 RDP port.

Because RDP is automatically exposed, users are advised to use strong passwords.


Interoperability with a Corporate Network

Corporate data centers are not going away with the advent of public cloud computing. However, companies that need bursts of computing (i.e., computing power for a limited amount of time) can use public cloud computing for the project and then rescind the cloud servers when the project terminates. Some examples include a drug company that needs to conduct a three month clinical trial, a video streaming company that is experiencing high load during holiday weekends, and a financial company that processes many tax returns for a few months of the year. These companies can benefit from temporary "rented" virtual servers in a public cloud. There is often also the need to create a bridge or virtual private network (VPN) betwen a corporate data center and public cloud servers, to securely exchange data or virtual servers between the two environments.

It is important to know the resources a virtual server is using so that end users receive an optimal experience. Windows Azure provides a monitor tab to view performance information of a virtual server: CPU, disk I/O, and network I/O; if required, I can resize a virtual server.

Here I just click Configure and resize from the drop-down.

When applications are deployed to the Internet, one irritant for users is the requirement to create a new username and password for every application. It would certainly be convenient to use an existing username and password to authenticate to other applications. For example, consider that the United States is a federation of independent states; each state has its own laws but generally trusts other states. I can rent a car in Arizona by presenting my California driver's license; Arizona trusts the California DMV. In the realm of authentication over the Internet, this nirvana of trust is called Federated Identity. The entity that provides authentication credentials is called the identity provider (in my analogy, the California DMV is the identity provider). Windows Azure has done an excellent job of accepting credentials from identity providers such as Google, Yahoo, Facebook apps, and (obviously) Windows Live, to authenticate to applications you deploy on Azure. My applications on Windows Azure consume identity tokens issued by the Windows Azure Access Control Service.

For power users who want to automate the deployment of VMs, servers, networks, and storage, a command-line interface is available to interact with Azure. The Windows Azure Downloads page offers SDKs for Linux, Windows, and OS X. Really neat!

So, I can create a new VM like this using Windows Powershell:

Amazon Web Services is the present gorilla in the public cloud infrastructure market. However, Windows Azure is by no means insignificant. The following table describes some key functions and how they differ between the two providers.

A complete price comparison would be exhaustive when one considers the plethora of services: storage, content delivery network (CDN) bandwidth costs, networking, virtual servers, databases. The following table provies a simple overview of the cost of a basic virtual server, probably the most common item deployed in an IaaS.

Microsoft is helping pave the road for enterprise adoption. Microsoft balances the comfort and familiarity for customers who have used other IaaS platforms and are familiar with Microsoft from their own data centers.

Windows Azure is a powerful cloud service for compute and development. A user can self-serve a variety of VMs, both pre-built and unconfigured, with a SQL Server back end for development. There is high availability and redundancy, an easy-to-use interface, and command-line tools for all operating systems. Virtual networks and storage can be easily deployed. Other services, such as Active Directory, mobile services, a service bus, SQL Server and reporting, websites, etc., can be easily deployed for a robust IaaS. Windows Azure pricing is very competitive with Amazon Web Services.