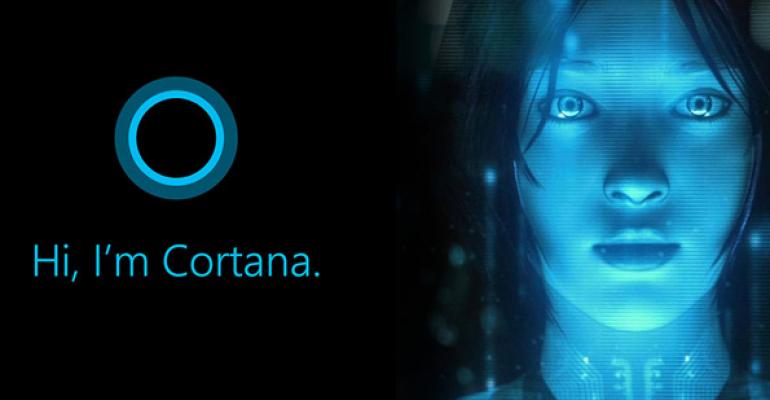 Microsoft’s Cortana on Windows 10 has seen a very bumpy road for consumers over the last few years. However, all the machine learning, AI, and productivity work that was done is now going to benefit enterprise customers in a pure productivity role.

A step backward for consumers is going to be an apparent boon for enterprise customers as Microsoft’s Cortana on Windows 10 will shift to focusing on productivity with the next feature update of the company’s flagship operating system. This means all the machine learning and artificial intelligence work that has gone into those elements over the last few years for Cortana will not go to waste.

The long, challenging history of Microsoft’s consumer-focused personal digital assistant will come to an end when Windows 10 (Version 2004), currently being tested under the codename 20H1, is released in April 2020. Andrew Shuman, Corporate Vice President for Cortana at Microsoft shared the news in a blog post on the company’s Windows Blog:

“Today, Microsoft is announcing an updated Cortana experience in Windows 10 that will deliver more help from your assistant in Microsoft 365. This next step in Cortana’s evolution will bring enhanced, seamless personal productivity assistance as a free update to the latest version of Windows 10 coming this spring.”

Shuman mentions Microsoft 365 and its subscription services eight different times in a 600-word blog post. That should make it very clear the company is positioning Cortana and its productivity features completely for their enterprise customers. All functionality relating to the consumer space is being removed -- including third-party skills for controlling music and connected home devices.

The skills which will remain for users signing in with their work, school or personal Microsoft accounts all focus on productivity tasks  --  calendar, reminders, to-do lists, or creating & searching emails via services provided by Microsoft. In addition, Cortana can still search Bing for information, create alarms and timers, open desktop apps, change settings and yes, even tell a joke. These productivity skills for Cortana on Windows 10 are handled in a chat-based user interface using a keyboard or voice commands.

For IT pros and system administrators, this move with Cortana is going to mean much less overhead in managing access to the capability. In the initial versions of Windows 10, Cortana was heavily integrated into the operating system and could not be deactivated or turned off completely. This new app-based approach to Cortana can be controlled with Group Policy and without all the consumer overhead, it is a much simpler app with minimal settings beyond using a wake word or typing your dialog with Cortana on Windows 10. When using a work or school account, the data generated through interactions with Cortana in this new configuration will adhere to your organization's data protection under Microsoft 365 including privacy, security and compliance for Office 365 and its related services.

For those companies which have been putting off finalizing their Windows 7 to 10 migrations and might be using Extended Security Updates (ESUs) for their remaining Windows 7 devices, the spring Windows 10 feature update might be a good target for an upgrade. Between eliminating all the consumer features in Cortana with this upcoming release and a clean install of Windows 10 Pro, Enterprise, or Education without a long list of games installed by default, Windows 10 (Version 2004) seems like a good upgrade target.

For companies participating in pre-release testing via the Windows 10 Insider Program For Business, the beta version of the new Cortana app is already available on the latest slow ring builds of Windows 10 20H1.

How IT Can Proactively Manage the Return to the Office
Dec 19, 2020