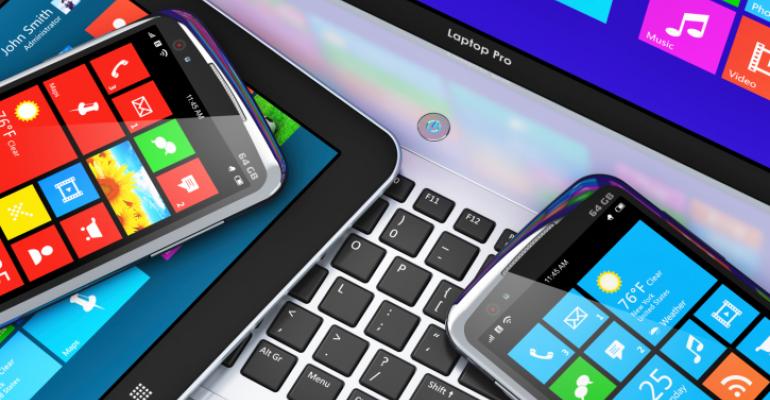 Seeking to end its long-standing Windows nomenclature strategy, Microsoft it rumored to deliver in Windows 9 (Threshold) a new concept for the company for both delivering updates and incremental version changes.

No longer will we see major OS updates like we have in the past, starting with Windows 1.x and building through Windows 8.x, instead, the company is planning to deliver smaller updates into a single Windows. And, the same method is rumored to also be delivered for Windows Phone.

Some might suggest this is the "One Windows" that Microsoft has talked about in the past, but that doesn’t seem to be the case – yet.  To many, One Windows sounds like a single OS that can be used on any Windows-hungry device. But, when Threshold rolls out publicly, there will still be, at least three different versions: one for x86 and x64, one for Windows Phone, and one for ARM processors. The ARM processor type will be released as a consumerized Windows version that comes without a Desktop mode, i.e., an all metro/modern interface.

The incremental updates provided for this new Windows model will be in smaller chunks, released regularly (possibly monthly), and will bring both fixes and new features. It's unclear how businesses will be able to distinguish between the different revisions running throughout the organization. In the past, companies could say they were running Windows XP or Windows 7, but when Threshold releases they can only say, "We're running Windows."

In my mind, there's a few things that have to happen for this to actually work.

First, and probably the most important, Microsoft needs to fix its patching process, testing procedures, and improve quality control. As we've all experienced for quite a while, unfortunately, each monthly Patch Tuesday has exposed one or more problems with the updates Microsoft has delivered, causing many organizations to become extremely leery and untrusting of Microsoft's methods and patches.

Secondly, Windows hardware requirements will need to become even more stringent. Many issues with updating Windows arises due to hardware drivers and aging and incompatible hardware. If Microsoft seeks to eliminate Windows numbering and deliver fast-paced, minor feature updates, the company will need to get hardware vendors on board quickly.

Third, software vendors need to up their game, and start delivering better, more compatible products that work with the new Windows model 100% - all the time. This means software vendors may need to prepare to deliver updates as quickly as Microsoft. Many issues with broken software after updating Windows can be traced back to the software vendor itself for not properly following coding guidelines or not being quick enough to remediate.

Fourth, Microsoft will need to somehow ensure customers have Windows-certified environments. What works for one environment, doesn't work for another. How many times have we seen and heard that? Microsoft seems to have a habit of secretly saying, "Well, it worked on our systems" when it releases an update that does things like cause bluescreens. A lot of times this can be traced back to how the customer is using the product. Microsoft develops software to work one way, but customers have a habit of using it completely different than intended.

It's also unclear how Microsoft will deliver the updates. Organizations employ entire patching teams just to ensure the company's assets are up-to-date and protected. In the new model, it could be tougher to identify version levels, and make it harder to deliver and monitor updates to the appropriate systems. It could also mean that control over updating might be taken away from these patching teams, or that their long-standing processes might need to change. One reported feature for the Technical Preview, is an updating button set firmly in the beta OS. Signing on to test requires a promise to apply all updates provided during the testing period. This update button is how the updates will be delivered, and I'm sure this could cause a nightmare for patching teams should Microsoft keep this feature in a public release.

If you're an Enterprise customer, I highly suggest signing up for the Technical Preview, if just to get a good understanding of how these updates will affect your organization.

Alternatively, smaller, quicker updates mean that we won't have to wait for Windows to catch up to Internet standards, and new technologies every couple years. I'm in no way saying that the new methodology is a bad thing – it's just different, will take some getting used to, will disrupt our way of doing things, and there are some important pieces that need to be addressed first.