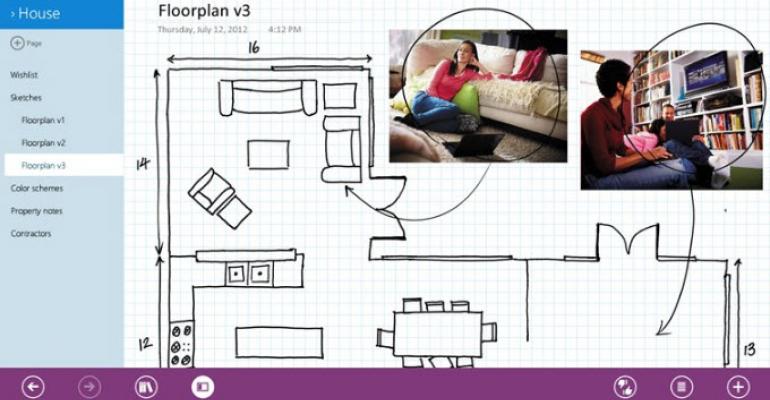 In a recent update, Microsoft has released a new version of the Windows Store OneNote app to help align it closer to the more feature rich desktop version.&nbsp;

As you probably know by now, the Microsoft Surface Pro ships with a digitizer pen, the Surface RT does not. And, while not many current Windows 8 apps do a great job supporting the digitizer pen (yet), OneNote makes the pen indispensable. During a couple feedback sessions at MMS 2013, I was able to use my Surface Pro to jot down suggestions for future events, which was then stored to the Cloud so I could access the notes from any of my devices running OneNote. The version of OneNote I used was the desktop version, not the Windows Store version. The Windows Store version (Metro interface only) has been seriously lacking in functionality and, ironically, Touch features.

In a recent update, Microsoft has released a new version of the Windows Store OneNote app to help align it closer to the more feature rich desktop version.  In a blog posting at the OneNote blog, Microsoft describes the update:

If you have experience using the digitizer pen with a Surface Pro, Microsoft's OneNote update announcement will look really familiar. If you already have OneNote installed, an update should be available for you in the Windows Store. If you've not installed OneNote, you can get it here:

Want to know more about the digitizer pen? Check out these articles: