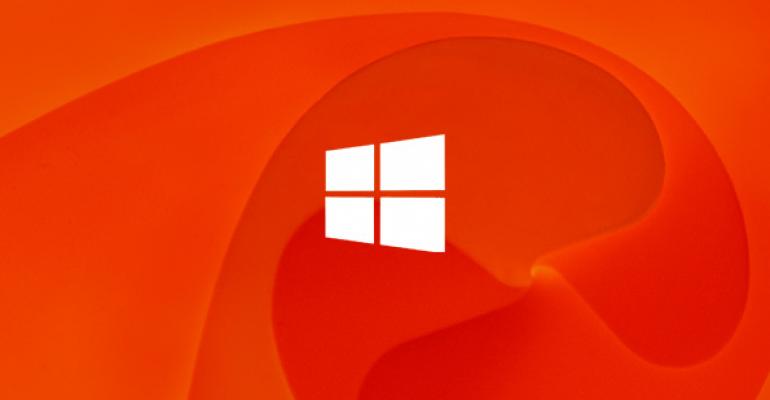 First tidbits about the next Windows are starting to leak

I do not have my hands on an early build of Windows 8.1 Update 1, which I plan to rectify as soon as possible. But thanks to a leak, we do have some early information to discuss about the next Windows update.

As a backgrounder, Windows 8.1 Update 1 might be seen as a combination feature pack and service pack, since it will both add new features and rollup previously delivered updates of various kinds. The name Update 1 might seem odd to many users, but it's the same naming convention used by Windows Phone (where Windows Phone 8 is up to Update 3 right now), and given the combining of OS development under Terry Myerson (who formerly ran Windows Phone), this makes sense. Internally, as with Windows Phone updates, it's called a General Distribution Release (GDR).

According to the leak, translated from Russian, Update 1 will be...

The next version of Windows. Once Windows 8.1 Update 1 is released, this is the version that Microsoft will provide to PC makers and volume license customers. It will become, in effect, the current Windows release.

Finished in March and released to the public in April. The final "RTM" build of Windows 8.1 Update 1 is expected in March 2014, the leak notes, with general availability in April. Microsoft is of course holding a BUILD conference April 2-4, 2014, so these dates make sense.

The leaker has posted some screenshots, but aside from some partially obscured build numbers there's nothing new to be seen, so I'll skip that bit.

My Windows Weekly cohost Mary Jo Foley notes that Update 1 will be tied, schedule-wise to Windows Phone 8.1 and that both releases are a step towards that future when Windows and Phone are combined. I've heard separately that another goal of post-8.1 releases is to get Windows back on track with its legacy roots after a disastrous spell in which Windows 8.0, in particular, removed legacy interfaces, triggering a violent pushback from Microsoft's corporate customers. But though it's unclear if this is the release that will include a vestigial Start Menu or whether we'll need to wait for Threshold (Windows 8.2 or 9) in early 2015 for that, I believe it will be earlier rather than later.

More info as it arrives.