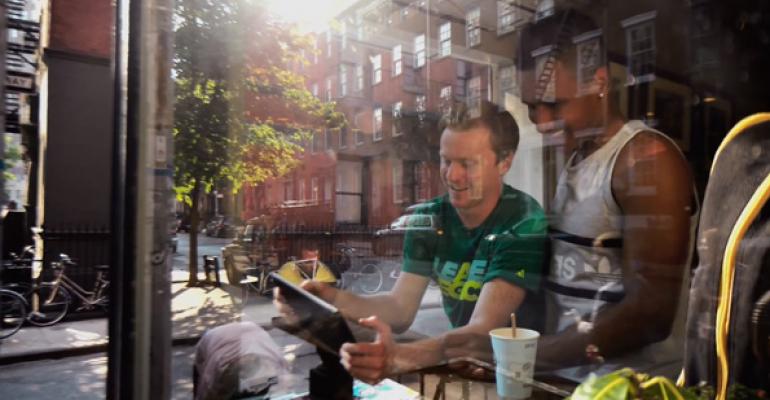 Some nice refinements in a newer build of Windows 8.1

Here’s a first peek at the newly leaked build of Windows 8.1. Created in late July, build 9471 has been described as an “escrow” build of the product by some, but I’d be surprised if Microsoft was that far along over three weeks ago. Still, there are improvements and changes all over this build when compared to the Preview release. Here’s some of what I’ve seen so far.

When it released the Preview version of Windows 8.1 (Build 9431) to the public at the end of June, Microsoft warned users that they would lose all installed applications (desktop applications and Modern mobile apps) when they later upgraded from the Preview to the final version of Windows 8.1. You can see this in action in build 9471: When you run the interactive Setup application, you can only choose to bring forward you documents (partial migration) or nothing (clean install).

Setup, on the Surface Pro I used for testing, was quite fast, as we’ve come to expect from Windows 8. From desktop to desktop the entire process took about 15 minutes. After a single reboot, you’re prompted to enter the product key in a new screen you can actually skip, enter Wi-Fi settings, choose between Express and Custom setup types, and connect to your Microsoft account and SkyDrive. Then you’re in.

You can activate this build with the Windows 8.1 Preview product key.

The motion themes are available now, and while this shot won’t convey the nice parallax animations you’ll see when using one, it’s as expected.

One of the big complaints about Windows 8 is that it includes a lot of new user interface, much of it hidden and undiscoverable. So in this new build, Microsoft has built help tips into the system designed to help users find otherwise inscrutable new UIs.

The Help-Tips app actually has content in it now—it was just a placeholder in the Preview build—and includes separate directions for touch and mouse, which is nice.

The Mail app has been significantly updated to the version Microsoft previewed at Build in June. I’ll be writing more about that soon, but I already see some things I really like, including the promised drag and drop support and the ability to pin folders (like the Archive folder I use frequently) and contacts to the nav pane. Nice!

Surprisingly, the Calendar app has gotten a major update and is now barely recognizable as a calendar. In fact, it resembles the old Photos app from Windows 8 by default, and has a customizable photo background. For some reason. That view, which is called “What’s next,” can be replaced by more standard calendar views, and I assume the point is to make something like the old Outlook Today view from desktop versions of Outlook. But it is really weird and, in this build, displays incorrectly with the upcoming meetings pushed under the bottom edge of the screen.

I was particularly interested to see whether the Photos app had improved. While many are hoping Microsoft will bring back the ability to connect to multiple online services and other PCs, I was more concerned with the basics, like being able to download photos from a camera. As I expected, photo import capabilities are back—they were missing in action in the Preview build—though they’re as basic as they were in the Photos app in the original shipping version of Windows. (That is, you can’t intelligently name imported photos by event or whatever.)

Skype is now included in the stock Windows 8.1 install, replacing Messaging. Sadly, the version in this build crashes repeatedly.

There are other more subtle changes. But I’ll have more soon.