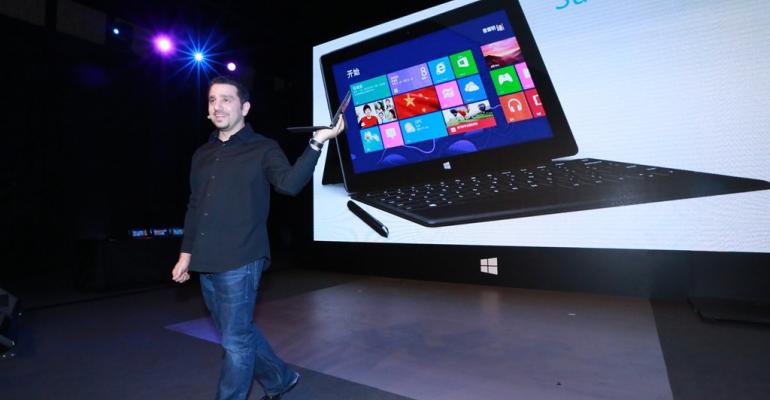 Surface Pro fans without, without no longer

In February 2013, Microsoft made a promise that the Surface tablet would eventually find shelf space in countries other than the U.S., Canada and China. Since the Microsoft Surface Pro release, I&rsquo;ve heard almost non-stop from my European counterparts about how bad they want one of the devices.&nbsp;

In February 2013, Microsoft made a promise that the Surface tablet would eventually find shelf space in countries other than the U.S., Canada and China. Since the Microsoft Surface Pro release, I’ve heard almost non-stop from my European counterparts about how bad they want one of the devices.  During MMS 2013, Surface giveaways were the hot items at the event for sure, but those folks who traveled from Europe to Las Vegas for MMS 2013 made immediate stops to local Microsoft stores to acquire their own Surface Pros to take home with them once the conference ended. So, based on my experience on the explosive desire for the devices, those industry folks that doom the Surface devices in every written breath, don’t have a clue about what they’re talking about.

I’ll agree that the price-point for the Surface Pro is high, keeping some from purchasing one right away, but the hardware and software is phenomenal. The Microsoft Surface is a much better experience than an iPad or Android tablet. And, as I’ve said before, I was an avid user of both iOS and Android until the Surface dropped onto the scene. So, I know what I’m talking about.  As time goes on, Microsoft will see a steady and continuous adoption for the Microsoft Surface, just like they are seeing for Windows Phone 8.

To help with this steady adoption rate, on April 23, 2013, Microsoft announced they are ready to keep the promise put forth in February 2013. In a post on the Surface Blog, the General Manager of Microsoft Surface, Brian Hall, detailed the dates and countries where both the Surface RT and Surface Pro will start showing up. This is great news, particularly for my European counterparts who have been counting the days until they could get their hands on a Microsoft Surface all their own without having to travel out of country to find one.  Let's see...the cost of an airline ticket, food, lodging, etc.  That makes the Microsoft Surface an enormously expensive device, huh?

Take a look through Brian Hall’s announcement to see if your country is on the list, and if so, when you can start lining up to purchase one:

P.S. I still like the Surface RT best.  My reasons haven’t changed one bit, though I stick with the Surface Pro now because I gave my Surface RT <sniff, sniff> to the wife. Why do I like the RT better than the Pro?  Read this:  Surface Pro vs. Surface RT: An honest comparison. If you agree, it will save you some money.

0 comments
Hide comments
Related
Microsoft Surface RT to Be Supported for Four and Half Years
Nov 26, 2012