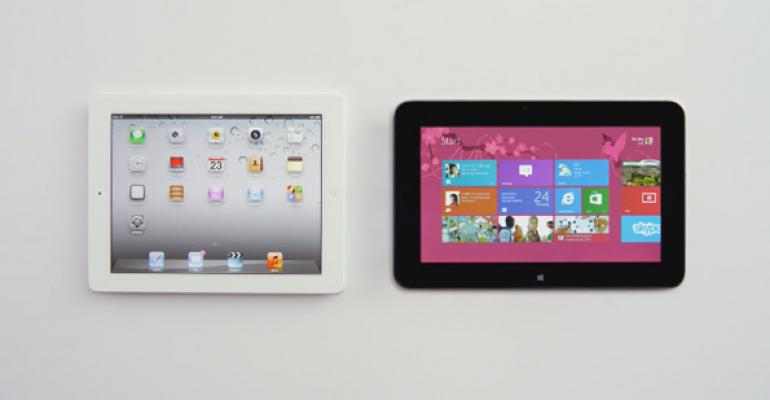 You’re right, Siri. That is cool

Microsoft has delivered a second TV advertisement that nicely turns the tables on Apple’s beloved iPad, and highlights Windows 8 tablet features that the iPad lacks. This time around, the featured Windows 8 tablet is a Dell XPS 10, which costs $200 less than the equivalent iPad.

Microsoft launched its original and equally effective TV advertisement in this series in May. The ad was notable going right for the iPad jugular, highlighting unique Windows 8 features like live tiles, Snap, Office compatibility, and of course superior pricing.

The new ad is similar, but features a 32 GB Dell XPS 10 tablet. As with the first ad, this one also features a wonderfully funny voiceover from Siri, the insipid iPad voice control feature. In the ad, Siri delivers a funny line each time the Windows tablet does something the iPad cannot:

Snap. “You can do two things at once!? That’s cool!

Again, nicely done. I hope they keep these going.