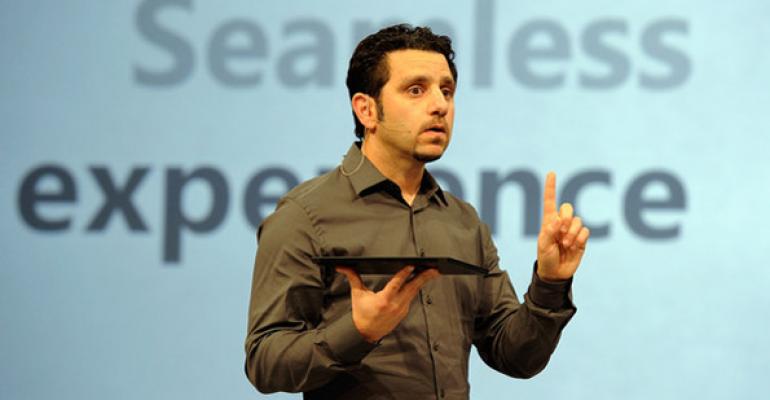 They're listening, people. And you're going to like the answers

Microsoft corporate vice president Panos Panay and the Surface team took to Reddit today to address some of the concerns that have cropped up in the wake of the first Surface with Windows 8 Pro reviews. Panay is the person most directly responsible for Surface, so his words—and those of his team—carry a lot of weight.

This is arguably the most common concern with Surface Pro, which gets 4.5 to 5.5 hours of battery life, about half that of Surface RT. According to the Surface team, Surface Pro offers “best in its class” battery life that beats the Macbook Air “pound for pound in battery size vs. battery life.”

That sounds a bit disingenuous. I recall a Volkswagen salesperson telling me in the early 1990’s that a VW Fox, a terrible car by any measure, was “as safe as a Volvo, pound for pound.” So it was about half as safe.

“That said we picked a smaller battery to be sure we were able to give you the same performance and to keep it thin,” the discussion continues. “This kept the weight under 2 pounds, and still kept it thin enough to take advantage of our great Windows work for inking and give you a great inking experience (like pressure sensitive inking, ability to do kanji, great sketching). While these tradeoffs are challenges as much as they are opportunities, we think given the performance and experience you will be getting, it is an exciting product.”

Verdict: No useful tips for improving battery life are provided.

Tech enthusiasts invented an issue when they claimed that the 64 GB version of the Surface Pro included just 23 GB of free space, while the 128 GB version had just 83 GB. I wrote about the faux outrage in Thinking About a 128 GB iPad … and a 64 GB Surface Pro last week.

“Initial reports regarding available disk space were conservative,” the Surface team wrote. “However, our final production units are coming in with ~6-7GB additional free space.

Of course, much of that “used” space is eaten up by the recovery image. They addressed that issue too.

Reddit claims that “many reviews pointed out” that Surface’s tiny screen is an issue when the resolution is 1080p, especially for people that want to use it with an external monitor. I’m pretty sure my review was the only one that actually discussed this issue, let alone in any depth, but whatever. It was nice to see Panay address this very real issue, vindicate my stance, and explain that a fix is coming(!).

“The Windows team is aggressively working on this feature to fix this for all high resolution Windows devices,” he wrote. “We don’t have a date yet to share, so sorry.”

Panay did, however, share the following workaround (his words/spelling):

1. I personally use 125% scaling.. and like that better for what I use Surface Pro for… see more things on the screen.. and the size of the text suits me just fine.

2. Next I make sure my Second Screen is set to Extended mode.

3. Then I adjust my Office apps using the built in zoom control (lower right of office apps) to set the desired text size. In Windows 8 the Desktop can be thrown on your second monitor and operate all your office apps... nice.

4. For Outlook if I have on my second monitor I switch Outlook into mouse mode.

5. Also in Outlook you can change your Zoom Setting in new message (compose window under zoom).. and it will also persist (which is nice).

6. In IE desktop.. same thing.. the zoom persists on the desktop.. And I use IE 10 desktop in desktop mode.. and the touch version of IE10 on my Surface modern screen.

7. You can also change the width of the cursor under Ease of Access.

8. Also… not a must but, if you use a high resolution external monitor it also help a lot.

Addressing another issue I’ve dealt with and have written a lot about, the Surface team said that some form of docking solution is on the way!

“Today you can attach different keyboards and find your style of color and typing, but this is not where it will stop,” Ralf from the Surface team wrote. “If you look at the Surface Pro connector you will notice additional contacts that provide opportunity for more cool things to attach.

“We haven't announced what [the new connectors on the bottom of the Surface Pro] are for but they aren't an accident! At launch we talked about the ‘accessory spine’ and hinted at future peripherals that can click in and do more. Those connectors look like can carry more current than the pogo pins, don't they?”

Installing other OSes on Surface Pro

I did not address this issue because it’s ludicrous, but Linux enthusiasts are always looking for ways to get their favorite OS where it doesn’t belong. Yes, this is possible with Surface Pro.

“Like other Windows 8 machines, you can access BIOS settings and turn off secure boot, enabling you to load other OSes,” the team says.